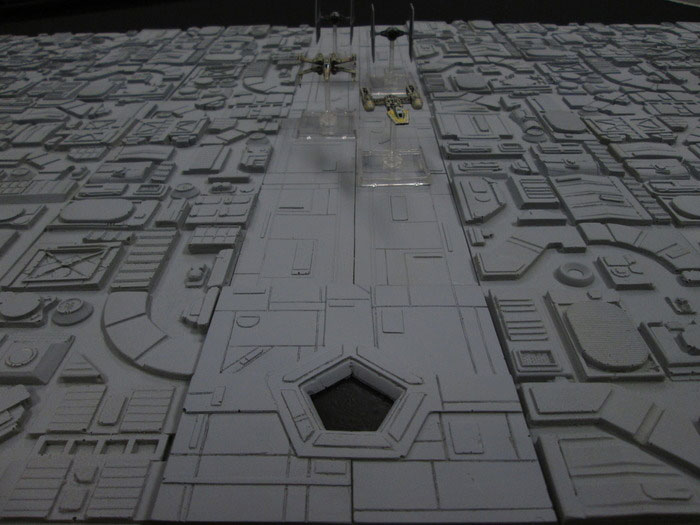 The developers at JR Miniatures are focusing on the Space Station Terrain aspect of their Kickstarter. So we will too. We’ve been focusing on anime and gaming lately so now it’s time for some tabletop attention once again.

A Space Station Terrain Kickstarter for the X-Wing Player

For quite some time I personally had been curious about why we weren’t seeing other types of terrain. Sure it’s great to have all of these for 40K, Flames of War, etc. However it just seems like there is so much more of a market. One group of people filling that market  are the JRmini people.

They’re planning on having pieces for just about every setup you can imagine… that you would have seen on the Death Star. We are betting they will be doing more projects like this later on for different scenarios. Still it’s an impressive setup for anyone who wants this famous scenario.

A Space Station Terrain Kickstarter is the Beginning

With the incredible earning potential of KS and a demand for projects like this we will see a big upswing. If you run your own gaming company then this may be a great way to make a new product line. It could also be a great way to fill out some bills. So consider it yourself. You can still keep making your old products in the meantime.

This is yet again one of our favorite types. Depending on the level you back at you can get a full space station trench run or even more to play with. It’s also fairly affordable around $50 to $250 for a huge board. There are also terrain features like asteroids and turrets. So if you play any of the many space games, especially ones themed around Star Wars, check it out.