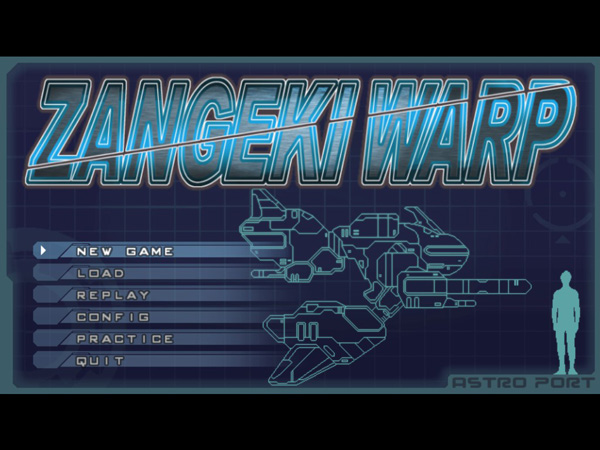 Zangeki Warp attempts to blend elements of Gradius, R-Type and X-Multiply. The result is a title that doesn’t quite copy any of them. This title is a strange but intriguing beast of a game.

You are the only pilot who can stop a horde of space beasts. The “ZanFighter” deploys to save the universe from an army of destruction. The ability to bend space lets your ship be almost anywhere on the screen at any time.

The art style is a departure for developer ASTRO PORT. Many levels have creatures with razor-sharp teeth. There are even a few bloody blade traps to avoid. This is likely a reference to R-Type and similar games. It lends a different atmosphere to the game. 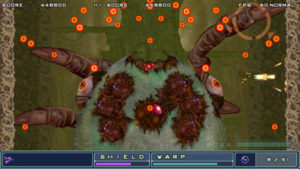 Some of the bosses are truly horrific.

Compared to other games from this developer the music has discordant tones. It seems to create a mood of tension not seen in other titles. This is exactly the sort of thing we saw in X-Multiply and Gradius. The change in atmosphere works for this game. 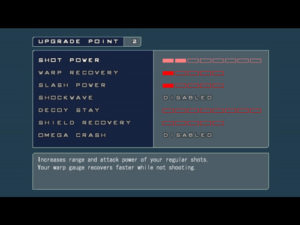 The upgrade system completely changes how your ship works in each game.

Zangeki Warp has a detailed upgrade mechanic. Each point changes the basic function of your ship. As you might expect this applies to your shots, but it also applies to your warp movement. Some upgrades unlock based on your previous choices. There is even an adjustable shield mechanic. Your choices do matter in this area.

At first this game doesn’t seem harder than similar titles. You will soon learn the difficulty inherent in the warp mechanic. The unique function allows you to do massive damage by warping through enemies. Time pauses for a moment as you select your location. The warp initiates and the enemy explodes in a shower of flames. It also means you can slam yourself into a corner at any time. 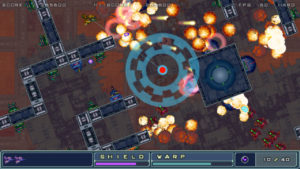 It is impossible to dodge everything without using warp tactics.

It also leads to some interesting new mechanics. Some parts of each stage lead to instant death unless you warp. Because of this you need to think in a completely different manner. It’s not about just dodging bullets but also anticipating where the next attack goes. In a sense you have to think in four dimensions with this game. Timing takes on a whole new definition here. As such even for a player who has played since Galaxian it’s a tough title.

Zangeki Warp is a shock to the nervous system in an era of bland bullet hell games. The teleport mechanic and atmosphere are both jarring to the player. At the same time it’s the sort of thing we need. It stands out from the crowd in every way possible. The only drawback is a minimal story in this game. Despite that the controls are tight and efficient. The art style still contains incredible detail and a clear love for gaming. It’s the same level of quality we expect from ASTRO PORT. Check it out on Steam for $5.39 at the time of this writing.