Windscape brings you the gameplay of Skyrim with the cel-shaded style of Windwaker. Fans agree this game has amazing potential.

Zelda-esque visuals make an immediate impact on most players. It does leave an impression on you the first time you play it. Even basic plants have a distinctive look that makes the game stand out from any other setting. 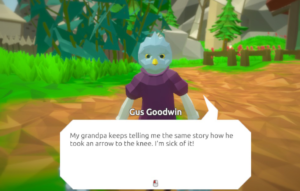 The Elder Scrolls Atmosphere in Windscape

For those wondering about the atmosphere it definitely feels like Skyrim. Quirky characters such as anthropomorphic owls do hint at a “Zelda” feel. The similarites stop there. Gameplay, exploring, and talking with NPCs have that “Morrowind” feel to them. 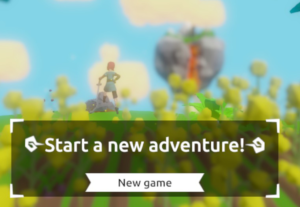 The game follows the adventures of Ida. She is a normal young girl helping out on her parent’s farm. As you might expect events come together to take her on an incredible adventure.

From start to finish, even in this state, the music was intricate and fantastic. The developer has a real talent for making music fitting for a magical setting. That’s an important and often overlooked section of fantasy game design. While we don’t see the Legend of Zelda influence everywhere you can definitely hear it in the music. 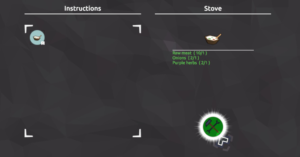 The game world brims with crafting materials of every shape and size.

Even at this early stage there are crafting ingredients everywhere you go. From cooking dishes for buffs to smelting weapons it is all there. We are excited to see where the game goes from here.

Windscape’s Epic Setting in the Works

For now the basic game is there but not much more. For those who want to get in on an “early” access title this is it. You can shape the development of the entire game and comment on the development Trello.

Despite a huge amount of potential the final product isn’t quite there yet. Fights are less-than-threatening. The controls are quite good but a few players reported bugs. The developer tracks these and fixes each one as soon as they can.

There are already quite a few enemies in the game as well as a boss. Future versions promise several more maps and dungeons filled with new enemies. We hope that the final scale of the game lives up to their vision.

From the Publisher of Bridge Constructor

The development itself is quite different from most Early Access games. Dennis Witte with his company Magic Sandbox is behind this game. It is a German studio partnered with German publisher Headup. Their games run from bridge construction to space destruction. In many ways the game is a wild card for the studio, just as the developer is for the industry.

If you read his description on the Steam page Dennis takes an unusual approach to the game. He talks about the main character as “Little Ida” at times.  Mr. Witte seems almost obsessed with the progress of the game. It’s a curious twist on the normal development formula and we definitely want to see where this goes.

The early access offering is available on Steam for $13.59. It’s a small indie team that industry fans always talk about supporting. If you are one of those industry fans it’s time to match deed to word and support a dedicated developer.