As many of you know, Minecraft 1.8 beta has been partially leaked. However, around half of the features of the full version have not been implemented. Hopefully, this will keep you satisfied as we prepare for the launch of the hotly anticipated Hytale game. Minecraft users have been craving the release of this game for such a long time but make sure you have your hytale hosting servers sorted well in advance of the launch!

You can pick up the Minecraft 1.8 build here at the official Minecraft forums: Minecraft Forums. And here are some instructions to install it, just find your Jar file and replace it. It will still say 1.7, but it will be the patch pre-release: Instructions.

So what can we tell you is in? As you can see from the featured image above there is a new view mode called “Quake Pro”, which is from a running gag by Notch. 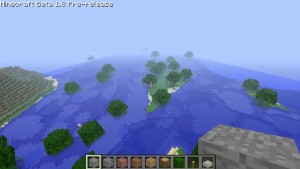 Some of the new features are in though, such as vines and the very fun “creative” mode. In creative mode you have access to a ton of materials and can fly. As you can see from the picture below, there are new materials such as glass panes, which are different from glass.

How to fly in Minecraft creative mode: We noticed some of you searching for “how to fly”. Go into creative mode and double tap jump. Default is: space bar for jump, shift to descend. Hold space bar to go higher. 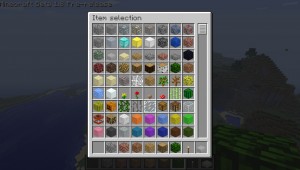 We are currently trying to find the NPC villages which are rumored to spawn in this pre-release. We can neither confirm nor deny their existence. However several players have released Youtube videos of villages and dungeons.We are working on getting some screenshots for you. Endermen have also shown up, and are quite annoying.

Critical hits and experience are also already partially instituted, although we should see a smoother system in the final release. There have been a wide variety of complaints about graphical glitches. We have seen a few but fans should understand something. This is a pre-release build which they hadn’t really wanted to release yet, but one of their testing groups had leaked it anyway. You have got to cut Mojang some slack here.

This is only a taste of what the final build will be. Be sure to check back in when we have a review of the 1.8 build, so we can give you more in-depth information on Minecraft.