Zeno Clash 2 is now out on Steam to bring you the non-traditional FPS once again. Today we want to go over a few changes we previously skimmed over. The game has evolved in a very real way and we are quite excited about it.

A major selling point for Zeno Clash 2 is the multiplayer. The entire game will be accessible for two people to enjoy. This is a big departure from the first game. It should also change the gameplay in a serious way as well.

This system will have a drop-in and drop-out mechanic. An AI partner will take over for you when you leave. This is a mechanic that seems incredibly popular these days. At the same time this mechanic should allow for combo moves. It will be very interesting to see just how hard you can juggle an opponent.  Hopefully it will also open up new possibilities when using weapons and grapples as well. If so it could really shake up what was a revolutionary game for the FPS genre. 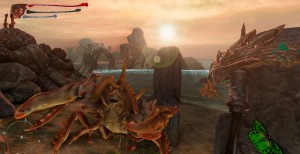 A New Villain for Zeno Clash 2?

Father-Mother has already been defeated. However former allies pose new questions. It looks like this game will have new mysteries. Perhaps even a new villain will be revealed. At any rate we should see some resolution from the last storyline. It left many of us puzzled. The world of Zenozoik has many more mysteries to open up. 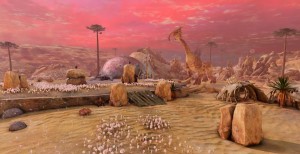 How to Get Zeno Clash 2

The best place to get is on the Steam page: http://store.steampowered.com/app/215690. The game comes with a two-pack for two players and you can also get the digital deluxe edition. The digital deluxe edition comes with a soundtrack, art book and the original game. Both versions come at a discount between 10 and 25 percent. It will of course also be available on Xbox Live and PSN later on.