Why VIP F2P will be the Standard - Reasons - Nerd Age

Home / Blog / Why VIP F2P will be the Standard

Why VIP F2P will be the Standard

Many games today are taking advantage of the VIP F2P model to make a lot of money for their developers. However it seems that a few years down the line this will become the main profit model PC developers use. We’ll explain the evidence and what exactly this refers to for you today.

What is the VIP F2P Model?

It’s a model that many games such as PlanetSide 2 and many other games use. The first step is to make the game available to everyone. Everyone can play. Everyone has the same opportunity to have the game.

However you then add on a layer that the players in VIP status get an advantage. In PS2 it’s the fact that users of that level did not have to grind as much. Others may give extra items or other benefits.

The final layer is selling digital items which gains more money with little to no overhead. So with this system companies no longer make money once but two or more times from one customer. What is especially interesting is there have even been some games that charged a starting fee then still used the model.

The Psychology of VIP F2P

Inevitably many players will meet other people who will become friends or enemies. Both of these lead to envy if they own items the player does not. When that grows to a certain point even many stingy gamers will cave and pay to catch up with other players.

The free provides a huge player base and hundreds our thousands of opportunities for this to happen every single day. With such a large base the developers are sure to get some people who feel the urge to buy.

This creates a natural psychological urge to buy more and more. A simple fact like this is why games on this model will outperform all others in the long run. 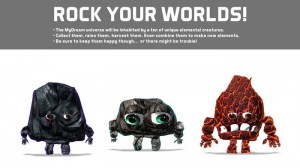 Even smaller studios like the one making MyDream are going with this model. It has been used time and time again to make incredible amounts of money. All these factors add up to us seeing more and more of it until it is the industry standard.

If you are a developer yourself then you should take note. This is where your industry is going.