Top 5 Ways the Oculus Rift is like the Ouya

The Ouya as many of us know has failed which will be most of what this article is about. However we think the Oculus Rift may be the next to go. Everyone loves lists so we’ll go over the situation then go into the top 5 ways the two are similar.

The Ouya vs Oculus Rift Situation

Both developers and fans have turned against the system. The CEO is even now famed for saying “We’ve made a lot of mistakes” as well. Public opinion has turned on them and the net is full of stories about the system having failed. While the Oculus Rift is not out in full strength we are already seeing many similarities. 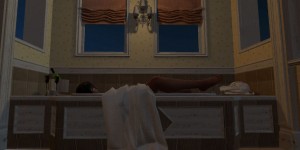 It’s good none of the games have been creepy yet, right?

Reason #5 Vaporware – We have had the technology for this for years. Many developers are saying they are making games for it. But where are they? The only impressive ones we have seen so far are games that have it as an after-thought like Hawken. Let us take a look at the games designed for it:

Sure a lot of FPS games are getting a function for this, but how practical is it to have this strapped to your head unless you are a casual gamer? Ouya also had problems with this because they promised big titles and developer access.They didn’t really deliver and you could play many of their games on a cell phone.

Why do I want to play Half Life 2 with a virtual boy strapped to my head when I can play it in HD right now? Big names are promising support for it but it’s almost completely with games they have already made. Should we be excited?

Reason #4 The Ultra Niche Cometh – Marketers will tell you this has wide-spread appeal through many ages. Reality will tell you that those buying it will be ones who love gadgets and have money to burn on a piece of hardware that their other systems can already do the job of.

What did the Ouya do that a top smartphone couldn’t? Nothing. What is the Rift doing that a high-quality gaming computer can’t? Nothing if you scrunch your face up very close to the screen. 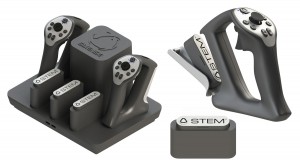 Are we sure this wasn’t made by Madcatz?

Reason #3 Ridiculous Controllers – While most journalists are still on the happy bus about it a few have noticed the lack of control. What we have seen so far from the Oculus team are a wide variety of impractical controllers. The Ouya suffered from the same problem and never really fixed it.

Reason #2 The Phantom Audience – Both of these projects had extremely huge Kickstarter funding. Each one also had huge testimonials from major sites. Big names in the industry. However when it came down to it the common person is neither being marketed to nor do they want it. This is what I like to call the “Phantom Audience” effect where marketing creates a fan base where one does not exist. We are seeing it happen again here.

Reason #1 The Hype Train – When no one is saying anything bad about a product that is when you should worry. We don’t have to give you evidence for this because it’s all around you. Look on all the major gaming sites when Ouya first came out. Those who don’t like it will be in the extreme minority. The same goes for the Rift.

Without proper criticism it’s hard to improve a product. This is the biggest reason why it is not going to be successful. If you let the emperor run around without clothes he’ll prance into your living room naked.

Hear No Evil, See No Evil, Fix No Evil

That being said even the Ouya could turn around with a large amount of changes. It’s just that most of the fans would rather pretend nothing is wrong than fix it. Don’t be that person who puts their fingers in their ears and ignores everything. Think for yourself and look at both sides.