The Universe of Madoka Magica: Kazumi and Oriko - Nerd Age

Home / Blog / The Universe of Madoka Magica: Kazumi and Oriko

The Universe of Madoka Magica: Kazumi and Oriko 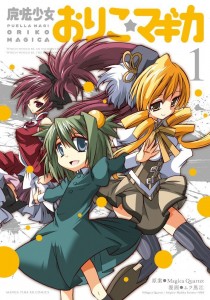 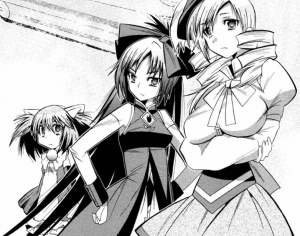 This picture shows the new artstyle used for this manga and the new little girl character.

Oriko Magica has return appearances from the whole main cast. It mostly features Kyouko and Mami though. This series also adds three new characters including one little girl. Even if this series had the whole main cast I don’t think it really kept the same feel as the main series.

Since the reader most likely already knows the drawbacks of being a magical girl it doesn’t have the same impact. Which the series seems to count on people having read Madoka Magica because it references things that have to do with Homura and all she does for Madoka.

This series is in an alternate timeline to the original show and it makes this very apparent by showing several ways that things are different. This spin-off really just seems to be for people who can’t get enough of the main cast and doesn’t really add anything to the universe in particular. 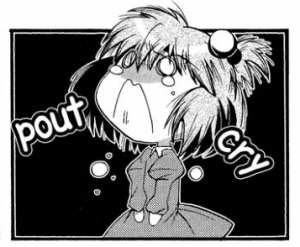 Kazumi Magica starts out pretty slow. For a while it is hard to see what the series and the original have in common besides magical girls. This series does not retain any of the original cast from what has come out so far.

The series does show Madoka and Kyuubey at certain points and Kyuubey might have created one of the magical girls, but for the most part this is a whole different cast. None of the events from the original are referenced.

In the beginning the show is mostly about the main character getting her memories back and discovering her powers. As the series goes on the show gets some of the same dark feeling of the original,where things are not exactly as they seem. This series feels more like the original so far than Orika does. 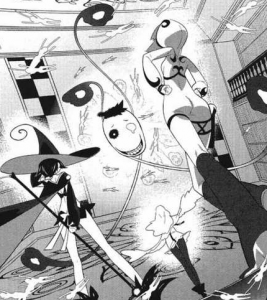 One thing both Madoka Magica spinoffs have in common is a theme of killing other magical girls. In the main series it is just talked about, the spinoffs are more ruthless. The two series appear to have different reasons for it though.

Orika and Kazumi also have a wider range of powers than the original.  In Madoka Magica, the magical girls mostly had weapons they used and seldom showed magic powers. The girls in Orika and Kazumi use more magical powers like healing, psychic abilities, blasts of power, and other abilities. Having various abilities mixes it up some.

Recommendations: Orika Magica is only worth reading to learn about another timeline. Kazumi Magica is not completed yet, but is shaping up quite nicely. I think that people who enjoyed Madoka would like Kazumi as well. 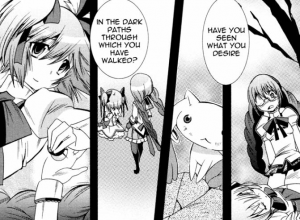