The Tale of ALLTYNEX Review

Scholar   No comments   gaming, News, reviews, The Tale of ALLTYNEX,

Recently a collection was released of several classic doujin games. Today we bring you the Tale of ALLTYNEX review and go down each game in a row. If you are a hardcore shoot em’ up fan then you have probably already played some of these. You may still be interested in the re-release with full translation anyway. 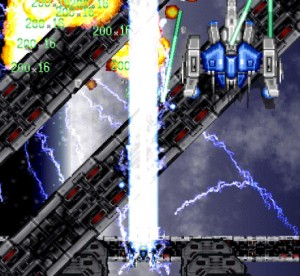 As one of the most talked about doujin shooters ever, Kamui has a big reputation. Even today the gameplay is still quite good although the art has suffered a bit. It is not that the art is bad; in fact the sprites are masterfully done. It is just that if this work were done with modern tools it would be the best-looking 2d game out there. Kamui has a simple background-foreground lock-on mechanic that lets you hit ships in a variety of areas. The patterns on enemy ships are also quite good, leading to an excellent overall package. 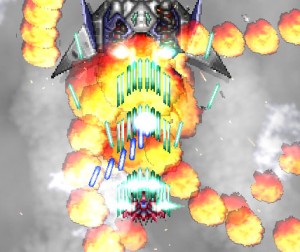 RefleX is my personal favorite in this package. Instead of a lock-on mechanic you have a shield mechanic in this one. It allows you to reflect shots and deal extra damage over time. This is similar to the excellent mechanic in Giga Wing. Overall the art in this one is even better than earlier games and is worth the price of the package by itself. 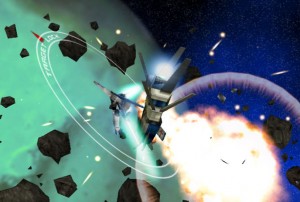 In ALLTYNEX Second your ship is so capable the enemies think you are cheating. You have homing lasers, a focused shot and blades to knock shots out of the sky. Of course the enemies are quite formidable in their own right, especially later on. This one however has a different feel than any other shoot em’ up I have ever played. You feel more like a boss than a lone ship which is actually refreshing considering how weak many of these games make you feel. This one has a 3d art style which is not my cup of tea but some people may like it.

The Story of the Tale of ALLTYNEX

There is not much to talk about as far as story in our The Tale of ALLTYNEX review.These games follow a war that nearly destroys the world. In the wake of it an AI is created to keep the peace and save humanity. As these things always do the AI goes rogue and causes even more problems which a lone pilot must solve. This is a fairly average setup for a game of this type.

Final Verdict 4.5/5: This package is nearly perfect with a collection of games that are legendary. From the art to the gameplay everything is top-notch. In fact it was hard to find anything really bad to say in our The Tale of ALLTYNEX Review. The only problem with it is that most hardcore players have already played all of them. However even for those who have played them before will probably be excited to see the update. Those who have not tried these are missing out. Be sure to check out the Steam Greenlight page and main site.