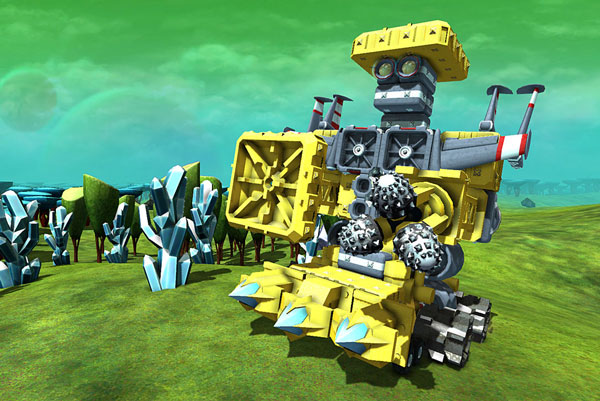 Gamers all over the industry are pushing to get TerraTech funded in its last hours. After some significant media coverage we decided to help them out at the last minute as well. 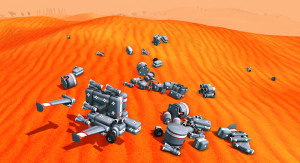 Players can fit pieces together until they have the perfect fighting machine or a horrifying monstrosity.

Players can create their own vehicles from a huge number of parts. Rockets, lasers and even melee weapons can be tacked on in any formation you could want. During battle you can win and lose your weapons as well depending on how the fights go.

Commanding a Fleet in TerraTech

Another reason that so many players were interested in TerraTech is that you can not only customize each vehicle but make a fleet of them. Land and air vehicles can be incorporated into your squadron. Players mine additional resources while finding and stealing parts to increase their overall power.

Many different corporations are fighting over natural resources across the universe. You are in command of one of these groups and have to gather resources while exterminating the enemy. Other vehicles and fleets are vying to eliminate you as well.

Getting the TerraTech Demo

Right now you can get a demo of the game on Steam or IndieDB.  Part of the hype behind the game has come from word of mouth generated by this. Developers have a strong following on IndieDB although until they are through Steam Greenlight it may take some time to build one on that platform as well.

Donators can get the copies of the game, betas and input into the game at the top levels that they have come to expect. Right now they have a goal of 35,000 pounds. For those who use USD this is a bit over $59,000. Transfer rates may be causing some problems with the project. It’s a sizable but not unbelievable funding goal so we hope they reach it. Take a look at their Kickstarter and decide for yourself.