Team17 developers recently announced their upcoming titles and we will be talking a bit about each one today. It looks like the company is once again reaching out past just their normal games. That is always good news. 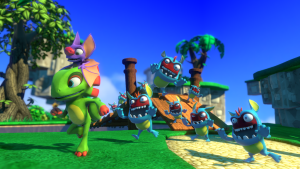 Can this game live up to the legacy set by predecessors?

Team17 Recreates a Legend with Yooka-Laylee

Yooka and Laylee utilize tongue lashes and sonar blasts while opening up a massive game world. While it looks great so far and the Kickstarter went well we hope that it can live up to the legend of Banjo-Kazooie which the title is based on. Several members of the development team also worked on that title and Donkey Kong. 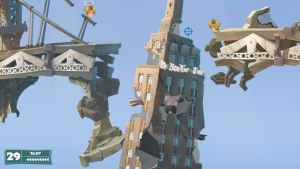 Worms W.M.D. steps the weaponry up once again. Now all they need is a campaign map.

Bigger weapons, larger stages and a classic 2D look. Vehicles and fortifications (buildings) are a big part of this new game. Each one adds some additional strategy for hardcore Worms fans.

Team17 and a Third-Person Action- Strength of the SWORD: ULTIMATE

Despite being labeled as a fighter this game is a third-person action title. You play as a War Golem fighting multiple enemies in Prince of Persia style battles. Developers are saying that the game will be quite difficult and challenging. It was recently “Greenlit” on Steam. 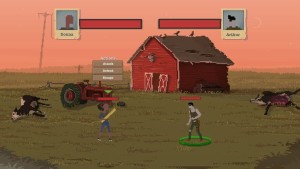 Fights are important for defending members of the shelter and defusing conflict as well.

In this game the world is over. Scared survivors must scrounge for supplies while trying to stay sane and alive. More than any other game, this is the true wasteland simulator. Sheltered is actually out now in Early Access. 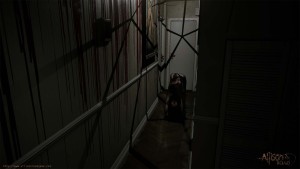 Allison Road has a very disturbing ghost waiting for you.

Allison Road is a dark horror game where you awaken one night to find your family missing. Something is lurking, waiting for you, as you attempt to find out what happened to those you love.

You can keep up with news on these games at www.team17.com, or check them out on Facebook and Twitter.