Sword Art Online is the story of a Virtual Reality MMO that trapped the players inside. If the players died in the game they died for real. Even after the players beat the game some of them were redirected into another game and needed to be freed. 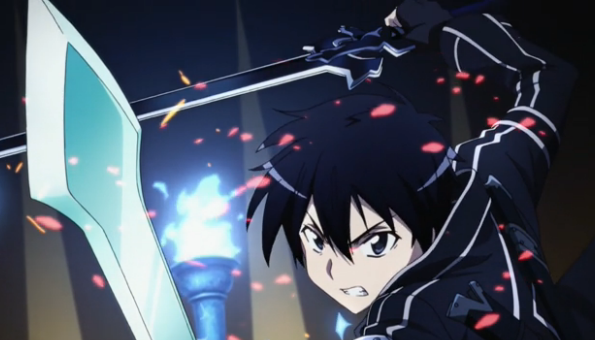 The art style of the show is one of the best things about it. The backgrounds for this show are really beautiful. Even when I did not like the way the show was going I could always appreciate the art. They made snow so good looking that it seemed like I should be able to reach out and touch it.

A good series has to have a good villain and the first part in Sword Art Online had a pretty decent villain. Heathcliff not only locked people in the game to live out his fantasies, he was in the game itself manipulating things the way he wanted them. This was all so that he would be at an advantage at the end when up against the champion, who would think of him as an ally.  Alfheim Online’s villain was a joke. He was a caricature of what a villain should be like. Anything they could do to show he was villainous was thrown together attempted rape, creepiness, violence, a god complex, and that is just naming some of it. Oberon’s whole purpose was to gain power and be godlike so a lot of the things he did were nonsensical. 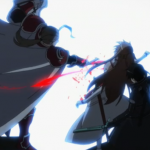 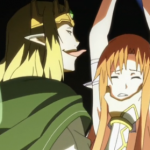 The first portion of the series had its faults from girls going after Kirito like ants to sugar to fanservice, but it at least had a reason for the characters to be worried about dying. In the second half of the series the characters were more panicked about dying than the first half, just because of wait time and losing progress. That seems to be taking things out of proportion. Especially when the people making the show make a bigger deal out of Kirito dying in the game with no consequences than in the game where he would die for real. 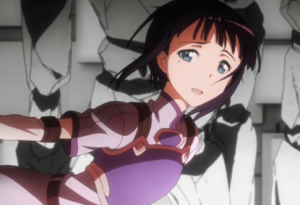 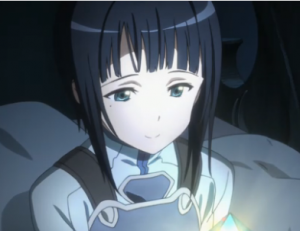 The worst problem this show throughout the whole length was writing Kirito into a corner and then pulling him out with a deus ex machina. The fights with Gleam Eyes, Heathcliff and Oberon all had one that really hurt the story. Not only did they pull the abilities out of nowhere, but sometimes they were lame like the ability to use two swords instead of one. If you are going to cheese your way out of a fight then at least use an impressive ability to do it.

Overall if you are interested in this show do yourself a favor and stop watching at 14. It is where the show should have ended. 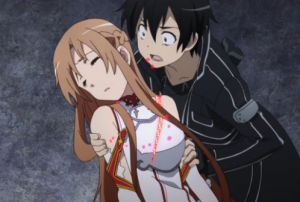 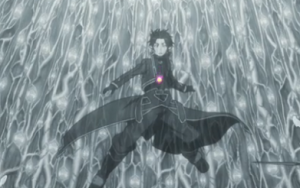