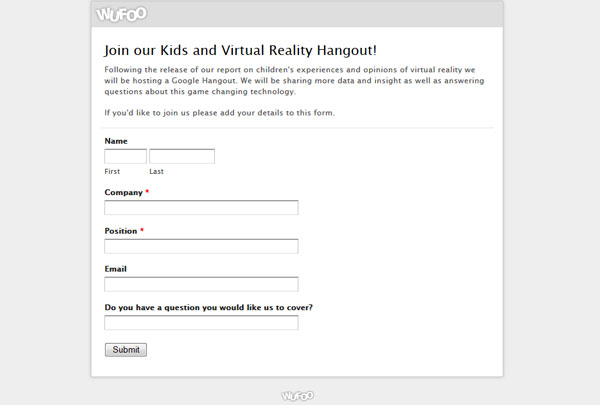 Studies Show Oculus Rift is a Hit with Kids

A new study from Dubit has stated that kids really love the Oculus Rift. Why not since it has bright colors and novelty.

What this Means for Most of Us

Now the project so many nerds were upset over when it was bought by Facebook will now be targeted for kids. So you already thought it was going to be bad but now Farmville will be the first game released. A bad situation just got worse. On a personal note I never believed in Oculus Rift, and was not disappointed.

What this Means for the Oculus Rift

What this Means for Dubit

Probably quite a bit of success since they are dedicated to ruining the world of gaming with tablets and Oculus Rift. Basically if there is some way to appeal to those with the worst tastes in gaming Dubit will find it.

What this Means for Gaming

So why in the world did I write this? Not we, as in the site. But me personally. Because getting on one of my many gaming news PR sites and seeing this bothered me a lot. On a personal level. Not only are mediocre games celebrated today but they are set as the standard for the future.

Why is this not just accepted but celebrated now? Come on.

I know I’m not the only one who cares about this and still supports decent games. However its seems like people in that very small minority are growing fewer every day.

Should you Care About the Oculus Rift and Related Programs?

If you are a mainstream gamer, no. You shouldn’t. But why are you here? If you are one of the people who bought games like Megaman Legends or even Valkyria Chronicles on release then you should care quite a bit. Some sectors of our culture are celebrating and rewarding mediocrity. And someone, somewhere needs to say something.