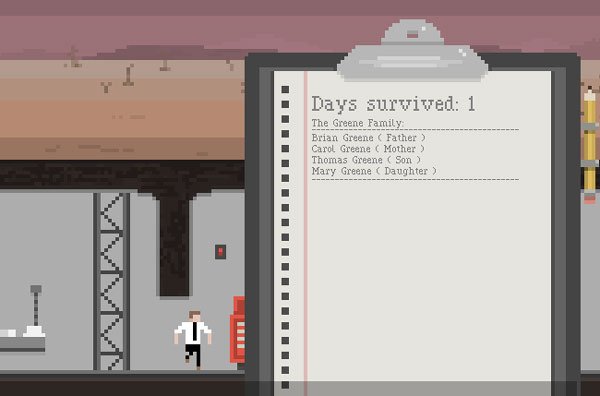 The post-apocalypse survival game Sheltered has made some big news in gaming circles. They have also already attracted a publisher before the game has finished their KS project. Come explore why that is with us.

The game is all about protecting your family from a myriad of dangers. Both environmental problems such as radiation poisoning and attacks by raiders will cause problems for you. 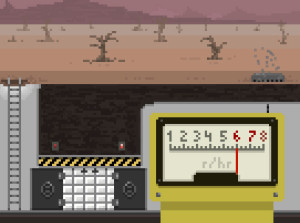 You can track the external radiation danger with a Geiger counter.

Starvation is perhaps the largest looming danger since the surrounding area is mostly a scorched wasteland and is unsafe for the whole family to go into. You have to try to survive for as long as you can in your somewhat secure area. Members can only go out with radiation suits as well and you can die from over-exposure.

The game features what they call a turn-based DnD style of combat. This isn’t exactly a huge innovation but it has worked well for many games in the past. However in this game you have a man, a woman and two children as your party. The idea is to avoid fighting scavengers entirely. 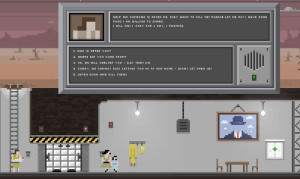 You have to make choices on what will be best for your family, without knowing whether the people outside are lying.

This will be complicated by the fact that some people will come seeking shelter and offering food, among other things. However this could be a trap or trick to let them get close to your family.

Something that makes the game even more noteworthy is that they have been picked up by Team 17 for publishing before their Kickstarter is even finished. This is not only good news for them but may indicate a new trend.

There is no reason publishers should not pick up a game off of the KS site. It just does not normally happen. I think we are going to be seeing more of this as time goes along so take note.

They have already succeeded but you still have time to get in on the game. T-shirts, early access and even easter eggs within the game are all options for you. If post-apocalyptic survival works for you then take a look at the game.