Resident Evil 4 has been re-released on Steam and other outlets. We are going to go over it for you because A. we still like Capcom and B. we can wax poetic about whether classic games being re-released is good for the industry. Works for us and we hope it works for you. 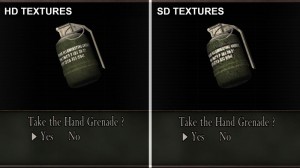 This new release is everything you loved about 4 and wished had been carried into 5. However this time it’s running in HD and optimized for the PC. Everything has been set up for your wide screen monitor as well so that it can look better than ever.

So is it good or bad for the industry that every company is re-releasing games? There is a lot of hot debate about this. We see it as a great opportunity to enjoy some nostalgia. Others see it as a ridiculous cash-in on old popularity. To be fair you should make your own decisions.

However we think that things like this are good for the industry. It lets those who may have missed it get to see some of the best games ever made. Usually at a greatly reduced cost. This one is no different at $20 which would be quite a bit less than you would have originally paid.

This particular release is exclusive to Steam. There are other ways but it is the simplest. It does make us wonder though, why couldn’t these just as easily be on Desura? Popularity is probably part of it but we think it’s a shame.

A Bright Future for Old Games

With this and Deadly Premonition among other great games ending up on other platforms we are happy to see many developers are not afraid of ports. Not all of them do a great job, like with Blazblue, but we hope the trend continues.