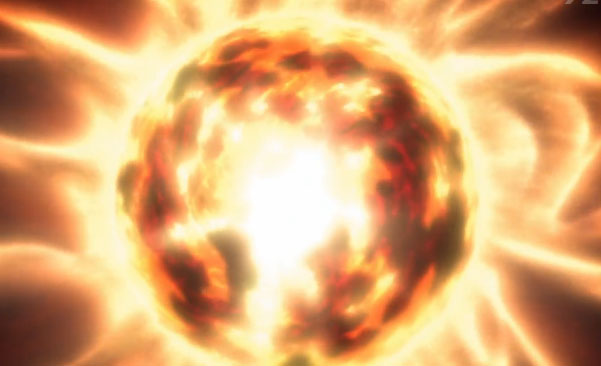 In this episode the heroes face off against the full power of Steely Dan’s stand, the lovers. Stardust Crusaders has some weird music though.

Early on the episode is slow. Polnareff talks to a woman of no real importance. Joseph discusses their plan to get to Dio while they are driving around. Not exactly thrilling but it’s one of the few slow parts. Also Jotaro is always giving Joseph crap about plane crashes when Joseph was being attacked during his first one. 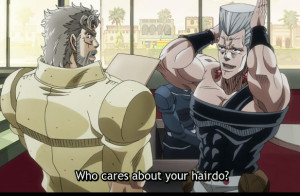 Interestingly the anime lets us see a few things about the series clearly, such as the fact that Polnareff’s hair defies physics.

Joseph trades an expensive car for a few camels to cross the desert with and water to survive the trip. He of course has some trouble with them at first until he bribes them with food. 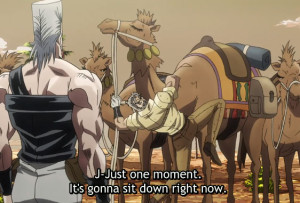 Look at him go.

While wandering through the desert they realize that not only is the sun not falling, it’s getting more intense near them. Shortly after they realize that it’s not the solar sun but a stand that looks quite a bit like it. Therefore they take shelter but quickly realize the sheer heat has killed their camels and will soon kill them. 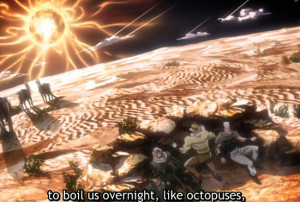 Don’t worry we have these rocks.

Suddenly everyone starts laughing maniacally. Joseph thinks that everyone has lost their minds as they’re all caught in fits of laughter. However readers, or in this case viewers, quickly begin to realize what happened when they mention that one side of the desert looks like the other. 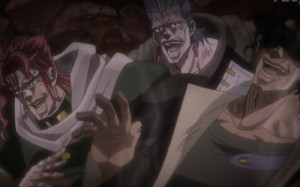 While the episode wasn’t great the animators did this part really well.

Jotaro quickly knocks out the user by shooting a rock through the mirror he is hiding behind. Joseph is quite sad that they defeated the Sun’s user so easily but that’s just how it was. 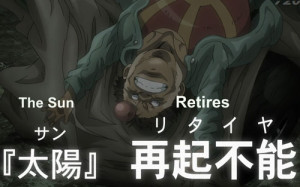 Many were really annoyed over this twist but it still wasn’t as bad as some earlier parts.

Whew this episode was really, really boring for once since they dragged out some parts. Why the animators decided to take a while on a part that wasn’t terribly exciting to begin with is beyond me. Not all the episodes can be great though and this one is not.