Itsudatte My Santa is a manga made by Akamatsu Ken, the writer of Love Hina and Negima.  It has been turned into an OVA with two parts.In America it is also known as just My Santa. Today I will be doing short reviews on all three since it is Christmas time. This show contains some nudity and is not for children. 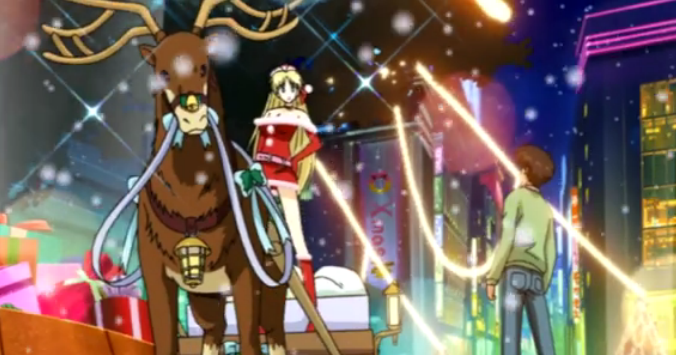 The first OVA is about how Mai who is a Santa tries to make a boy named Santa happy for Christmas. Santa’s birthday is on Christmas and he has always been alone because his parents never come. Mai tries to make Santa happy by giving him a party and some luck. Things don’t turn out as she expects though.

I can just see that boy waking up telling his parents that Santa came and kissed him while her chest touched him.

This show has some funny moments and some touching moments in it. It is pretty true to the manga, but they made it a bit happier overall. They added in some parts that are supposed to show charity and goodwill. The san thing was a bit overdone, but other than that it was pretty good. It is a nice show to watch for Christmas if you like romance. There is even fanservice in it.

In this OVA it isn’t even Christmas most of the time. Someone is coming to take Mai’s Santa territory and they battle it out. Then Mai learns that she is going to have to go back to Santa school on Christmas Eve. Will Mai ever tell Santa what is going on? How does Santa feel about Mai? Not going to spoil any more.

I thought this OVA would be about another Christmas or Mai and Santa meeting the next Christmas, so I was very surprised when I saw the beginning of this one. They are on the beach which totally says Santa to me, only it doesn’t really. I was not looking forward to the rest from that point on. This OVA reuses jokes from the first one several times and characters that showed up before as well. Also the main characters that were in the first one don’t show up quite as much as Mai’s rival. The ending was better than I expected, but it wasn’t enough to make up for the rest of it. In all it was kind of disappointing after the first one.

The OVA stays pretty true to the manga except for a few things. The manga version does not have the happier version of what Santa’s parents are doing that the first OVA does. Santa’s parents are just leaving him to go on vacation. In fact all the things that made the OVA happier are not in the manga. The only happiness for Santa in the manga is brought to him by Mai. 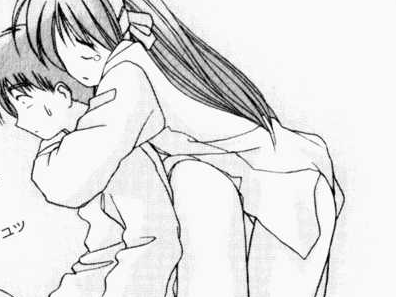 The manga version makes a bit more sense than the OVA version even if it isn’t as happy. For instance, why would he leave his sempai that he had been longing for to go with some crazy girl he didn’t really believe was Santa just based on a phone call. The manga gives more proof that Mai is Santa, so it makes more sense that he would believe in her. The story still has all the cute elements and a nice Christmas story. Also to make it even better it doesn’t have a retarded sequel. If you are looking for something romantic to read this Christmas, go read this manga. 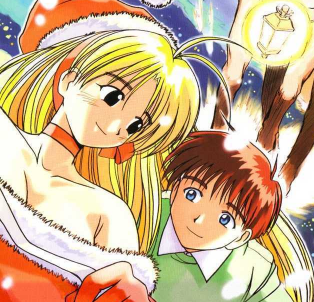 If you want to see the OVA for this show they are playing it for free on the Funimation site.