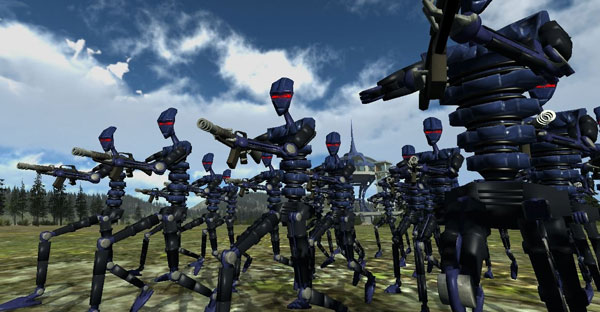 Executive Assault showed up on our radar because it is an FPS/RTS hybrid. This one uses an approach similar to Divinity: Dragon Commander in which the player has total control but can also switch to individual units. That game was great so we hope that this new take is even better when it is done.

The Story of Executive Assault

The game most likely gets its name from the fact that you, the player, are an “executive” that controls a huge number of robots and can switch to each one. Other players have their own CEO characters who have the same mission as you. Each of you must compete to be the first one to dominate the planet and strip it of resources. 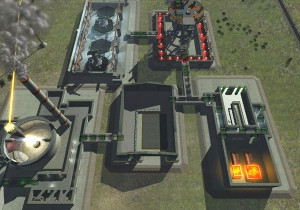 Players plan their base in RTS mode then send their legions out. FPS control insures that the game boils down to more than just smashing waves into each other.

Controlling a Robotic Army of Doom in Executive Assault

By building a proper army in RTS mode and then controlling it to even the odds you can outmaneuver an opponent who has a similar army. Instead of just controlling foot soldiers, which you can, you get to manage large mechs and even aircraft. This sets it apart from similar titles such as Nuclear Dawn. 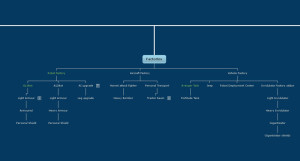 There is a massive tech tree with multiple branches similar to this one.

Tech trees are just one part of the game that has depth. As with any normal FPS game you must tech up and at the same time you need to defend your resources. While you will still have to defend yourself from waves you must also watch out for individual players sneaking behind enemy lines to sabotage your main base.

Final versions of the game are supposed to include both multiplayer options and a universe to explore. Stripping each planet of resources is something that you will want to do. If the creative team can keep their promises then they could have an amazing game on their hands.

At the moment they are still working on pre-order features at the site itself. The game itself started out on Desura and they are now ramping up production. Most importantly they also have their Steam Greenlight page up and we will be voting for them ourselves.