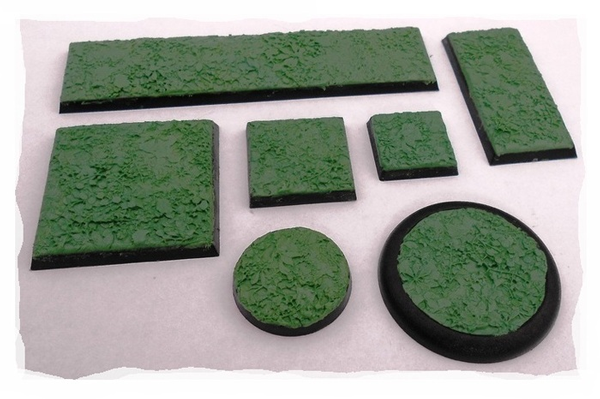 With two-sided pads and improved details the newest project from Wargames Bakery gives you all the options you need for war gaming. In addition they also have new ones for creating your own dungeons as well.

Two Sides to the Project

Unlike their previous pads each single item you buy gives you two sides. While they usually have similar themes, each one adds a slightly different take on it. For example you could have one side littered with rubble and another with a slightly open plain. 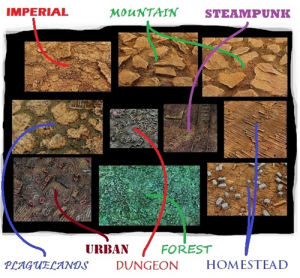 Another improvement is that each section has a particular sculpt to it. For pad to pad you would get:

How Does the Basius 2 Pad Work?

You simply take some green stuff, kneadatite or some other sculpting material and place it on the base or pad. Then you simply push the two onto each other and cut off any excess material. Then you have a detailed model which is ready to paint.

Another option that the creators noticed that by embedding a small magnet you can actually magnetize the bases without showing off the device itself. As such you can impress friends with them or swap them out across multiple models.

As with any project like this the rewards are the basing pads themselves. Since most of the time it takes a while to get these out to the general public it makes sense that you would want to get some earlier.

We’ll probably be donating to this at some point as well, since we love custom terrain and have our own gaming boards.