Atlus and Nintendo Pair for Promotion

Nintendo has become an excellent partner for Atlus lately. As such they are pairing up for a promotion. If you register both Shin Megami Tensai IV and Fire Emblem Awakening with Club Nintendo you get a $30 Nintendo eShop Credit. 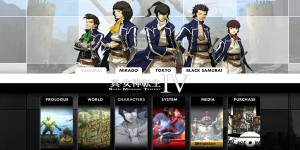 The Games of the Atlus and Nintendo Promotion

Shin Megami Tensai IV takes a very different approach to the supernatural exploration game. This one focuses around Eastern culture and deities. You play as Samurai who must protect the Eastern Kingdom of Mikado. The other Shin Megami games borrowed from religions all over the world from Christianity to Buddhism which you will still see some of.

Fire Emblem Awakening features everything you would expect from previous games and a marriage system which lets you curve the story over generations. This particular game has quite a bit of DLC as well. You play as Lord Chrom and gather companions to fight an awakened evil. It also features the same system of character death that drives perfectionists like me crazy.

The Reasons Why Atlus and Nintendo are Teaming Up

With the hype surrounding the new generation Atlus is trying to up their profits in the mobile market while getting ready for future consoles. They have made quite a bit of their money on mobile releases for the past few years running. Nintendo is also trying to bolster the stabilized sales of the 3DS. We would bet that you will be seeing more promotions between them as they have some very central interests with one another.

Getting the Promotional Games

As usual you can check the Atlus site to pre-order or go to a local game store. If you are a dedicated fan of Atlus you know that you may need to pre-order due to low print runs. However these games should have a somewhat better release than a few of their games have had. If you have both you can go to the Club Nintendo Site to cash in the reward.