Zeno Clash II just came out and we are playing it thoroughly. Does the game exceed the previous one or fall short? Find out here. 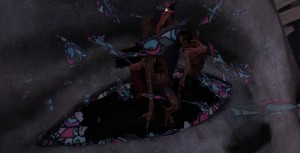 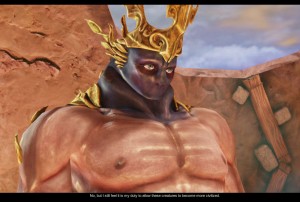 A New and Diverse Plot for Zeno Clash II

The plot expands in huge ways in this game. Golem has brought civilization to parts of the land of Zenozoic. He has connections to a long-lost civilization and highly advanced technology. He begins as the lead antagonist with father-mother helping you. However as the game goes along you find that Golem’s situation is far more complex than you initially might have thought. New threats arise and old allies and enemies shift. In the end the situation ends up even more complicated than in the first game. Some people see this as a negative but we think the large number of characters and plot changes adds to the overall story. 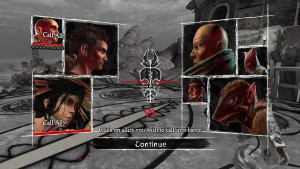 There are a variety of new options when fighting from simple additional moves to the “Golem Link” gauntlets that let you string attacks between enemies. There is also a new stat system and an item collecting section. The game has side areas and additional enemies to fight. There is even a small merchant system in one area of the game. In every single area the game has drastically improved. Allies also play a significant role in the game and you can recruit a large variety of them.

The soundtrack has also improved greatly. The above video gives you a taste but each section has some amazing orchestral sections. It really makes each fight feel more epic and amazing.

The Graphics of Zeno Clash II

Finally the game has improved graphics in nearly every area. Some of the older areas are re-used but are integrated in a world map that has some free-roaming capabilities. It all flows well between the older and newer areas and gives you more freedom. A major problem with the first game was that each area felt very constrained and linear. This is no longer a problem here. There are still some barriers but overall the game does not feel nearly as claustrophobic or rushed.

The Negatives of Zeno Clash II

The lock-on system is the worst thing about the game. You have to switch frantically between enemies or turn it off entirely to get the precise targeting you need. It is also, at base, the same game as the first one on a much larger scale. Some of the hit-boxes can also be strange here and there. AI behavior ranges from good to absolutely baffling in some areas where you can knock them into objects.

4/5 – Excellent- Zeno Clash II is a marked improvement in every way over the first game.  From the story to the gameplay everything has been improved in every single area of the game. We would not even want to bother playing the original after seeing just how much everything has improved. We highly suggest this game. So what keeps it from perfection? It runs on nearly the same engine as the original and is not as innovative as say, Rock of Ages. There are also a few issues with lock-on here and there.  Those are really the only things keeping it from being our ideal indie game. Still it is definitely worth buying at nearly any price and is on Steam for $19.99 USD.