There are certain similarities between conventional novels and visual novels. They are similar to the extent that they have a fictional story to tell and they both need to go through the standard process of editing, proofreading (check out What is proofreading if you want to find out more about this), etc. However, they both have very different ways of telling the story as a normal novel hasn’t got images to create the world for the reader, they have to do that through description only. Today we’re going to ponder the answer to the question of why visual novels are so distinctly Japanese. Feel free to leave your own insight on the subject as well.

From the American regions to Europe visual novels have never been a mainstream thing. We only have small patches of people who are interested in them. It’s much more socially acceptable in Japan so other places have what could be called a subculture of a subculture.

Even the best visual novel can be a bit dry at times. Even parts of the original Fate/stay Night moved a bit slow. So in example we get Mass Effect and Elder Scrolls for development while they get JRPG games and visual novels. What we see marketed and put out to buy has really influence the current situation. 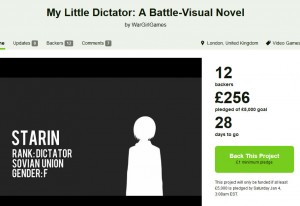 That is not to say that there haven’t been attempts to create visual novels in other parts of the world. They unfortunately share a few things that keep the genre from growing such as:

The problem with this is that even those who love this genre have already seen it done. Others, like me, didn’t like Hetalia to begin with so why would we want to play a spiritual successor to it? You can’t really make a timeless classic like Saya no Uta by copying others.

Where the Visual Novel Genre is Going

Right now nothing is going to change until we see A. Some incredible ones by non-Japanese indies or B. Companies pushing them to customers. Neither looks like it is in the cards. There is a gaping void here for developers to fill with an original story that is European or American in origin. If you could fill it then you could start your own genre, so it is something to think about. Tempted to write your own novel but do not know where to start? Click here for some useful book writing ideas.

Can it be Done?

The answer to that is yes. The evidence? Platformers as a genre. It started as a Japanese past time. It became popular and we got great titles like Braid and I Want to be the Guy over here. Then it flipped all the way back around and Doujin makers started producing games in that style like Eryi’s Action.

If we could get some games on par with classic visual novels the same trend could start up. This is where the market could go and you could support it on Kickstarter or make it as a game developer.