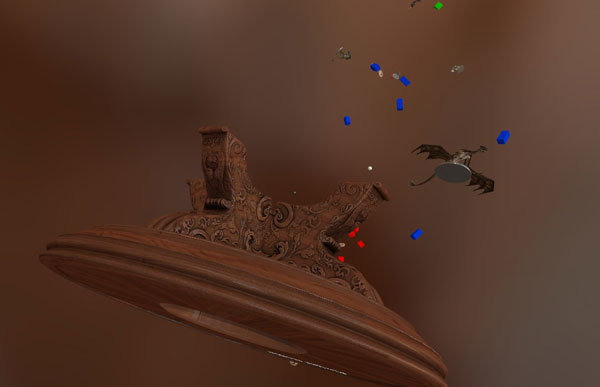 Lately we’ve had a burst of very silly and fun simulator games. Now Goat Simulator has a real rival in Tabletop Simulator. It’s time to freestyle your orcs into a chess fortress as the dominoes topple all around. That’s what the game is all about. 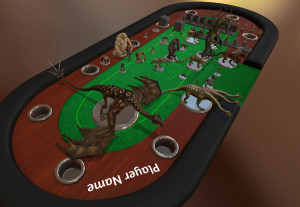 The Sheer Fun of Flipping a Table

At base the game is meant to simulate a variety of actual tabletop games. It does that very well. However most of us are having even more fun flipping tables, dropping dragons on kings and generally making a mess of a table. If you can’t enjoy using a dedicated flip table button or playing an RPG on a poker table then you may actually hate fun. Then again, you may just be the sort of person who wants to play casino games exclusively; in which case, this popular Japanese site will be right up your street – テキサスホールデム online

Even in the very early version of the game you have a ton of choices for what to play. You can play Chess, Poker or run a dungeon RPG game. There are plenty of table props which you can take out at any time, even in a chess game. Dice, dominoes, mahjong pieces, cups, casino chips, and many more. Roleplay an RPG or turn your digital tabletop into a digital casino just like www.best-casino.net, except this time you control the rules (and the flipping of the table when you go bust!)

For those who want to enjoy traditional games you can easily communicate with others and even save a long-running game to play later.

Perhaps the biggest factor making it popular right now is the way you can customize games. You can already create custom games with a bit of elbow grease and uploads. However when the game is fully done they’re going to be having even more options for game creation.

Why Tabletop Simulator is the Next Big Thing

Once the game is nearly done and has Steam Workshop integration it’s going to be one of the best games on Steam, period. Players will have an incredible amount of options for each game. This equates to hundreds of hours of gameplay with friends.We may even see the likes of roulette, Monopoly, battleship, or games running similar to those up on the workshop for download.

The only thing it needs to include is additional griefing tools which they are working on. Right now you can stop people from flipping the table but we’re sure they will put in more later. That’s always a concern in any game.

Big Success for a Small Team

Right now the game is being made by a small team at Berserk Games. With already significant sales and big word of mouth it looks like they are the next indie success story. It just goes to show you only need one good game to become your golden goose.

Right now you can get the single game or a four pack on Steam right now. Hopefully they will put out a 8 or 10 pack later because people would actually buy that.

We will of course bring you a full review when the game is finished. Our only worry is our expectations are so high we don’t want to be let down. So far it has been amazing so keep an eye on it.