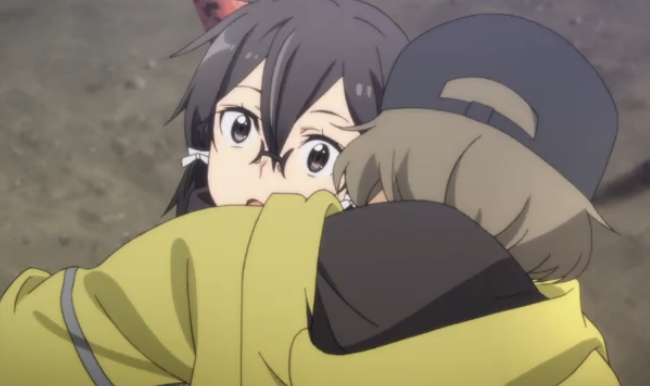 Sword Art Online 2 episode 7 is about Kirito and Sinon coming to terms with their feelings before going back to the competition. Kirito talks to the nurse helping him about how he no longer remembers some of the people he killed during Sword Art Online. He believes that makes him a monster that he can no longer remember them. The nurse reminds him that he saved many people in the process. Sinon gets to see that she is getting stronger and can now make a gun shape with her fingers in real life. Shortly after realizing that she is confronted with her friend’s feelings for her. She lets him know that she can not return his feelings until she has done all she can to overcome her problems.

Kirito lying to his sister in this episode of Sword Art Online was silly. He had to know that she could easily figure out that he was no longer in that game. There really was no go reason for that whole scene at all except fanservice. Also it had a silly line from Suguha about how she could feel when he left. There is no reason why she should be able to feel when he leaves. 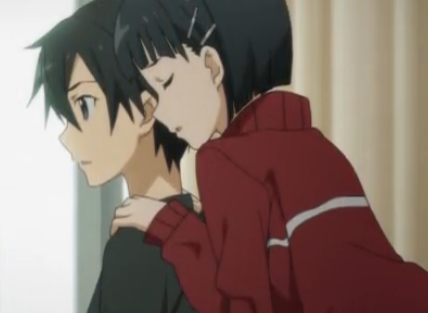 Kirito has always tried to be good and do the right thing. Even though he was like that he has never shown a lot of remorse for killing people he had to kill before, so the sudden outburst was different from how he usually has been. Kirito throughout Sword Art Online has done what he had to do without a lot of these outbursts. Usually he has saved his emotions for the innocent that have died along the way. Maybe being confronted with someone from Laughing Coffin that is finding a way to kill again, he thinks that he might be tempted to kill again as well.

Sinon finding out about her friend’s feelings was interesting. She did not fully return his feelings, but at least for the first time in Sword Art Online a girl does not seem interested in Kirito. Sinon just wants to beat him because he tricked her plus he is strong. Since Sinon did not return Spiegal’s feelings that will probably be a big problem in the end, since he appears to work with Death Gun. 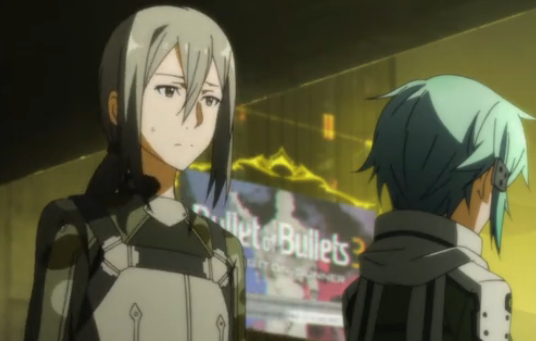