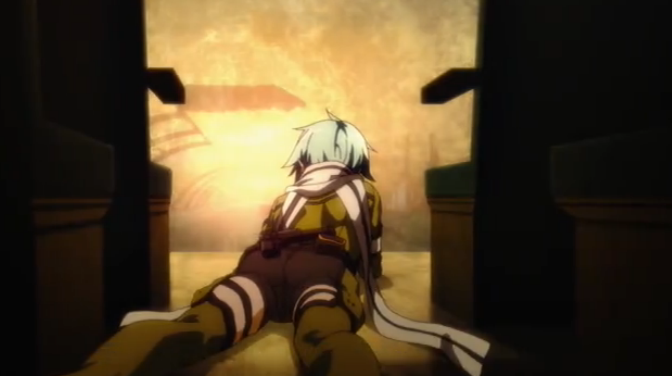 Sword Art Online 2 episode 6 starts with Kirito remembering his experiences against Laughing Coffin. Then he realizes that the man from Laughing Coffin that he met was in fact Death Gun. At the end of the episode it is the finals for the F block with Kirito and Sinon fighting against one another. Sinon plans to shoot Kirito before he realizes where she is located. Unfortunately for her, Kirito is not taking this seriously since both of them will move on. After Sinon explains that this is not just a game for her, Kirito starts fighting against her and manages to surprise her by splitting her bullet with his sword. Kirito wins the finals for F block. 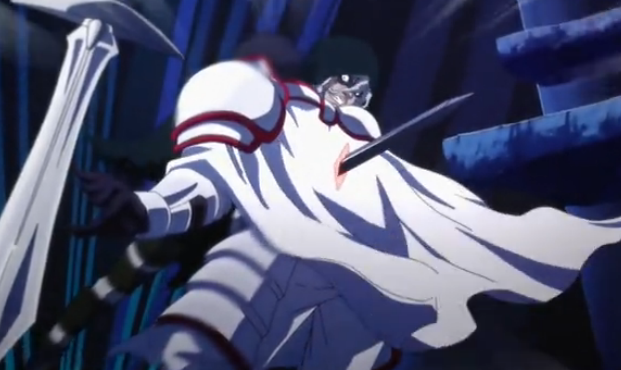 One of the flashbacks in this episode of Sword Art Online is about Kirito going with a group to take on Laughing Coffin. In the flashback they show one of the biggest weaknesses of this show since the Sword Art Online Arc was over. The villains in Laughing Coffin show themselves to be visibly psychotic to the point where they will not surrender and have crazy laughing fits. That is pretty stereotyped, not very scary, and also does not feel as realistic as if the villains acted in a more normal manner. The scariest and generally most evil people that are in real life do bad things with a straight face like it does not matter. Sword Art Online has not had that since the original main villain.

Sword Art Online has gotten pretty over dramatic in this episode with Kirito’s whole talking about how he does not deserve to live in this world if he does not take the game seriously. I sure hope he means in Gun Gale Online because otherwise he is crazy in addition to exaggerating the situation. Sinon is not much better because she keeps equating doing well in the game with strength. Why would it take a strong person to do well in a video game? Kirito even tries to talk her out of that idea telling her it is skill, but she is not having it. 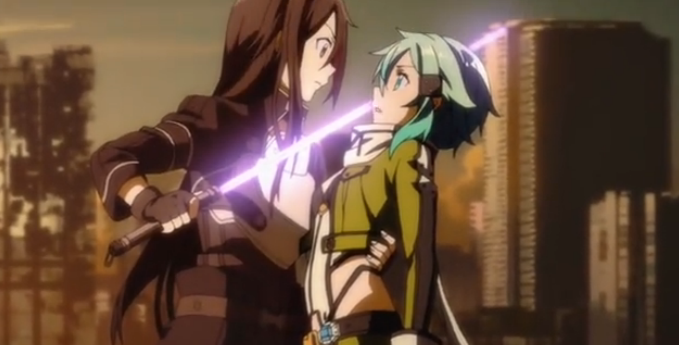