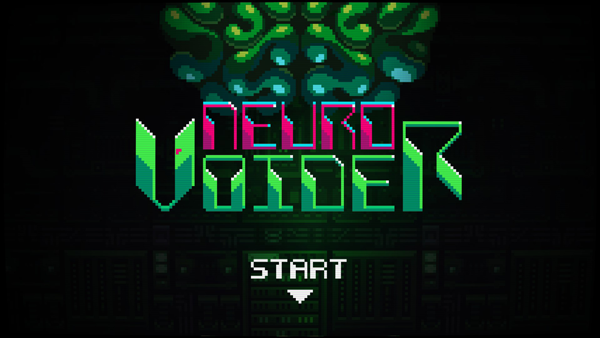 NeuroVoider brings fast-paced action to a hardcore rogue-like setting. It raises the bar on difficulty for “roguelite” fans. 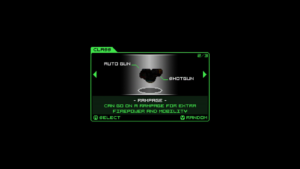 Parts are sorted into distinct classes. Each one has a special ability. The starting ones are a dash, weapon buff (Rampage) and a shield.

Each part of your robot (or perhaps brain-driven mech?) can come with a unique modifier. Each mech you build is different from your previous one. You also must face your previous build when a “Nemesis” attacks. 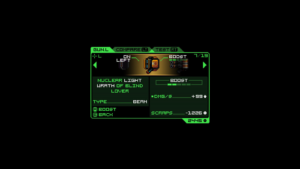 Each item also has a “Boost” option for when you find a particularly good part. This allows you to keep your favorite weapons around a while instead of selling them.

Elites come with their own random build in each game. You might fight a flamethrower sub-boss. After that a rocket-launching and hovering enemy attacks you. Around each corner lies one of 8736 unique enemies. 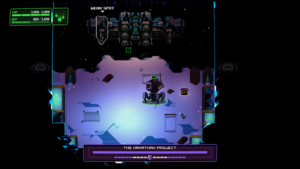 Each boss has a basic, core look. It’s only when you get to around boss three that they really stand out.

Procedurally generated bosses show up with different sizes, names and (sometimes) attacks. The generation though means you have to “look” for what the new boss is doing. Each one has a different gun, movement pattern or other ability.

Dan Terminus brings you “The Wrath of Code”. It syncs up perfectly with the intense gameplay and fast pace. That’s putting it mildly. The soundtrack is like a techno-shrapnel explosion which mirrors the actual destruction perfectly. “Edgy” riffs don’t do justice to the actual soundtrack.

A Lack of Distinction in NeuroVoider 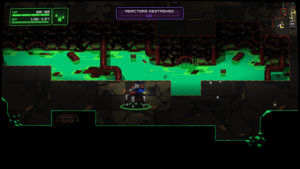 The enemy in the upper right might be interesting if he weren’t so dead.

In a worst-case scenario you’ll kill some enemies before you notice their special build. This happened many times and once with the first boss. There were entire floors on normal where I killed each elite without even seeing their build.

The best part of the game, for us, came in the form of special levels. These challenging stages add extra modifiers to the base game. Some stages place you deep within darkness. Others contain only sub-bosses. Sometimes you’ll run into one where the level is about to self-destruct. 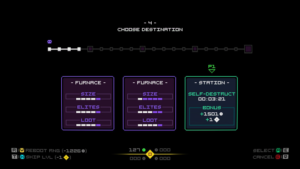 Bad luck is not a problem in this game. Players can get “skip” tokens from the bonus levels to pass over a few challenges. Each character can also spend scrap to shuffle the floors, even though you get one free re-roll. It gives you a huge amount of freedom in each adventure.

The game runs smoothly for up to four players. Fighting over parts it extremely fun and the action multiplies by the number of players. Right now it uses a split-screen format although the developer hinted at online co-op in the future.

You play a brain in a jar who escapes into a mechanized body. Only you can free mankind, maybe “brainkind” at this point, from evil robots. Along the way ruthless robots shoot high ordnance at you from every direction. Only you can destroy the steel and circuitry nightmare. 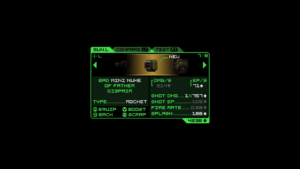 The ability to make a perfect character improves on the Nuclear Throne formula.

Heir to the Nuclear Throne

Many fans are making connections between this game and the popular Nuclear Throne. Without a doubt there are some clear similarities between the games.  It’s just that NeuroVoider adds five levels of customization on top of that formula.

Final Verdict 4/5: Great – Massive customization and a thrilling action experience stay with you throughout NeuroVoider. Players have staggering options for customization in each play through. A blistering difficulty on the highest setting challenges veterans of the rogue-lite genre. Only a lack of noticeable enemy/boss variety hurts the game’s play value. Despite that it’s an excellent experience in both single player and multiplayer settings. If you love the “rogue” genre this is a must-have on Steam for $13.99.