Minecraft, Minecon and Much More

A lot is going on with Notch, less with Minecraft, right now.

Mineraft’s Minecon will be at Disneyland Paris

As you can see from the video, Minecon will be at Disneyland Paris. We do not know a whole lot about it other than that. More information should be coming up in the following weeks. Hopefully they will be giving information about the event itself and nearby hotels. This particular location might make it a bit hard for some to go. Hopefully it will be enjoyable for those of you who can make it. 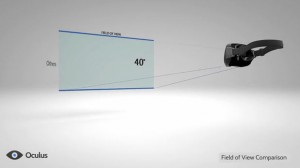 Minecraft, Mojang and the Oculus

The Oculus is a new Kickstarter peripheral. It offers a headset view of your game with high quality graphics. Many people are quite excited about this. But how does this relate to the Minecraft and Mojang team? Well you might be surprised. Notch has upgraded his backer level to 10K for the Oculus. He is hoping to use it for some of his games. Notch is betting on the idea that this will be a new revolution in gaming. Only time will tell whether this is the next big thing. Of course if you are a Mojang fanatic, it might be a safe bet to support this early. Minecraft is a great game as you can download minecraft server hosting and play with others online who own the beautiful game, kids love it as they can build their fantasy world which is an intellectually stimulating game as well fun, however Mojang may be taking the lead.

Minecraft is over, but Notch has been joking about a new game. He also joked about Minecraft 2, but this seems to be exactly that: a joke. However it seems very clear that a new game of some sort is on the horizon for Mojang. We are quite excited to see how they develop for the Oculus as well. Maybe at some point we will see a version of Minecraft that works specifically with this. We will of course let you know when we have more info on either of these so check back with us.