The Killing Floor Pier of Pain update brings all the weapons and characters you have come to expect from the game. However it also brings something that might surprise you; an Objective Mode.

Here is a short laundry list of additions we haven’t already mentioned:

After using the Rising Storm Tommy Gun for a bit we have to tell you that it is indeed awesome. There are also a few new achievements for you to check out during the event. 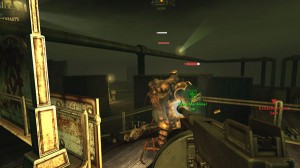 The Pier of Objectives

The Killing Floor Pier of Pain update brings you a special mode where you have to complete objectives. Unfortunately some of these include escort missions and carrying items that make you move very slowly. I also ran into an unfortunate bug where the Objective Mode would not end after I had completed all of the objectives. It could use a bit of work.

More importantly the Objective Mode is probably an important test for later games. It looks like Tripwire Interactive wants to start putting more story into their games.

New DLC with the Killing Floor Pier of Pain Update

Around this release they have also brought out DLC weapons including the Steampunk Weapon Pack and the Golden Gun Weapon Pack 2. These include things such a powerful musket and golden flamethrower.

Getting the Killing Floor Pier of Pain Update

As usual the best place to get it is on Steam. The Killing Floor Pier of Pain update is free to anyone who owns the game. It is also on sale of course if you want to try it out that way.