Kenshi Preview - The diamond in the rough- Nerd Age

Today we want to go over Kenshi. It is an RPG/squad gaming hybrid with a sandbox environment. We think this game shows some serious promise. As usual these screens are from a work in progress, and will likely look better in the final version. 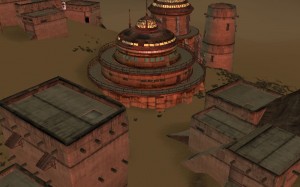 Towns are already looking quite nice.

Why Kenshi is noteworthy

The engine reminds us of classic Knights of the Old Republic. From the skills to how the characters move, it really feels like the old game. It also has a great selection of different attributes and skills. It appears that the finished product will also have:

Overall these are a lot of great factors that we have seen in other games. However the developer of Kenshi is trying to put all these great parts together. 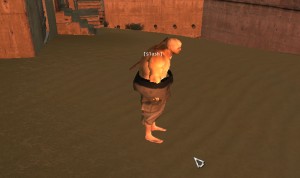 This man can rule the world. Character creation that lets you make insane designs like this is another draw of the game.

Kenshi and standing out

While we see the reflections of the old, good Kotor games as a positive, the developer wants a new world. There is no magic and he is trying to create all-new NPC characters and environments.

You are also just an average person, not some Sith who lost their memory. The game is your journey to greatness. You have to work from the bottom to rule over the game world.

A one man indie project

This is a selling point for some people. It matters more to me about whether developer Chris Hunt loves the industry. From what I have seen he does. 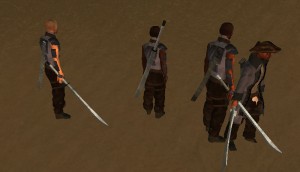 It will only get better from here, so check it out.

How to get Kenshi

The best way to get Kenshi is on his site. Right now you can get in early and get an early version with a Steam code later. If you find out that you really enjoy the game you can donate even more. You can have towns, characters and even factions put in with your input. Overall this is looking good so you should get in early.