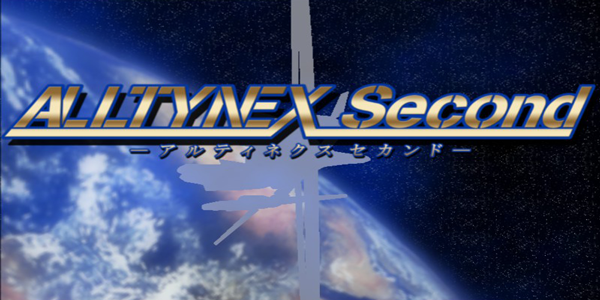 Two excellent shooters were recently released on Steam from Nyu Media. We talked about them in-depth in our earlier article. So today we’ll discuss the new release and additions to these games.

Perhaps the biggest changes to the games come in the form of basic steam functionality. High-score leaderboards 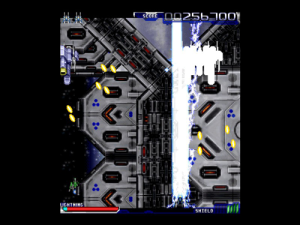 Multiple fire modes allow you to take out multiple targets or concentrate shots for stronger enemies.

KAMUI is a love letter to the 2D generation of shmups. This game delivers beautiful artwork alongside some excellent 2D gameplay. As with the other games in the ALLTYNEX series you can now get the soundtrack as well. Pro players will enjoy the screen flipping options as well. 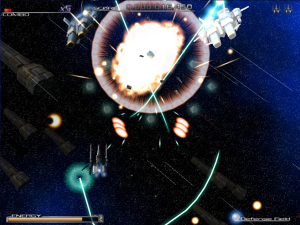 Lock-on mechanics allow you to use the background to your advantage as well.

ALLTYNEX Second picks up with the next generation with 3D graphics and bosses that take advantage of perspective. In this case perspective is an even bigger part of the gameplay. Enemies attempt to ambush you with complex hitboxes that fade in and out of the background. 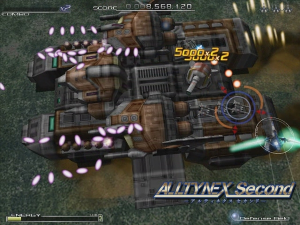 Bosses give you hints to their hitboxes from the movement of their 3D models.

Another reason why these games stand out is that they are part of a large, overarching story. Ancient technology causes apocalyptic disasters. Only a few lone pilots stand against the total extinction of the human race.

Music of the Stars

Right now you can get the games at prices between $7.99 for individual copies and $11.99 for the soundtrack. There is also a package deal for all the games and soundtracks at $29.99. Players who enjoy classic “Shmup” action may also enjoy RefleX as well.  It can also be a good entry point for those wanting to delve into the “hardcore” sector of shoot em’ ups.