Kakumeiki Valvrave episodes 11 and 12 are mostly about the dramatic battle that ends this season. A lot of things happen in a very short period of time like Shoko’s Dad dying, Haruto proposing to Saki, Akira getting a Valvrave, and Cain getting into a Valvrave that was thought to be inoperable.

The death of Shoko’s Dad did not have quite the impact it feels like it should have had. He went from being a bargaining chip and a major plot point to suddenly being gone. Even after he was gone he quickly just became Shoko’s secret from Haruto. After having built it up it just felt like it was over too soon and once again they missed the point of killing someone off. Well there is still a chance they could make this work in the plot, but having him as a hostage would have worked better. I just hope he does not become the next Aina. 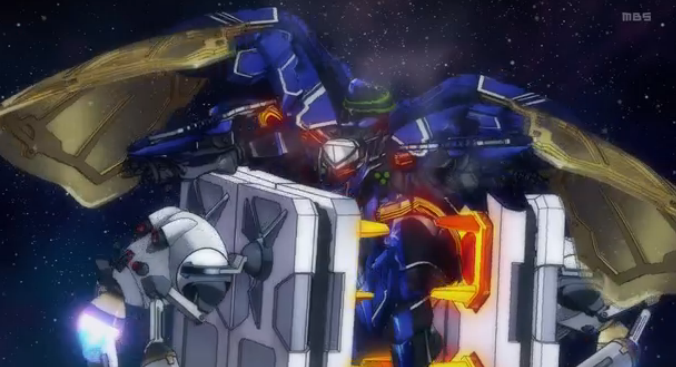 First they used the ice to cool down the Valvraves and now they are heating them up with irons. What will they do next?

Akira getting a Valvrave does not feel quite right. She has been behind the scenes helping out, so why does she need to be on the frontlines now? Also she does not even want to interact with other people, so why is she going to want to leave her hide-out on a regular basis to go help out with the battles? Hopefully she will do well in the position, but for now I think the Valvrave would have been better in someone else’s hands. 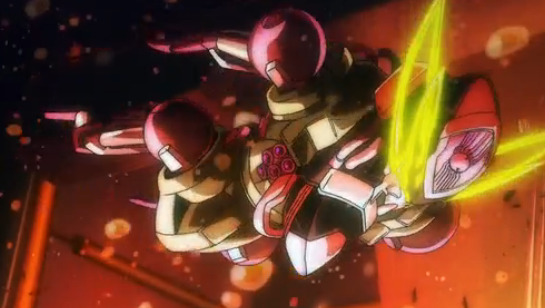 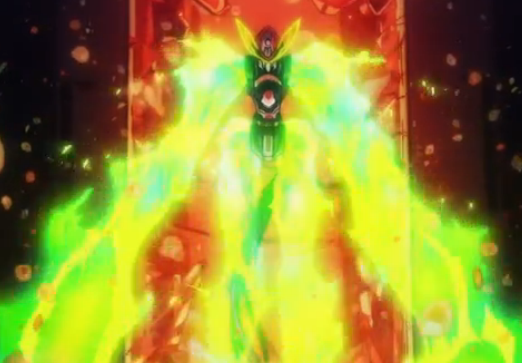 Not even little baby arms and legs will stop a Valvrave. I wonder if that is what it was designs to do in the event of a limb being injured or if this is special. Also if Cain was already involved with the Valvrave project, why did it take him so long to go after it? Was he waiting for them to improve upon it before him took it for his country? This ending has left me with a ton of questions.

The ending of season one of Kakumeiki Valvrave felt a bit rushed. They had two people getting into a Valvrave in the same episode and barely introduced the power of Akira’s Valvrave. Akira did have the coolest response to the question of giving up being a human though. Glad they made time to put that in at least. 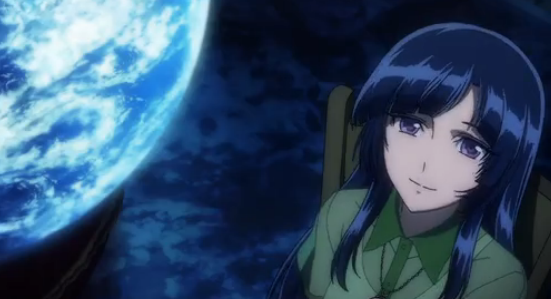 This season has had a lot of ups and downs. Overall I think that it is one of those shows that people watch to see what crazy thing they will do next. Crazy as in not making any sense. Because people were in it for the laughs quite a few people left over the rape scene. I am still in it though because I too want to know what where this is all going to go. They did a good job leaving this season in a place where people will want to know more. It might end up ticking a lot of people off though.

I hope in the next season they try to keep down the level of pointless drama. People are not watching this show for the drama. It needs more random battleships on module and less students dying. It feels like they are trying desperately to get the audience to take it seriously as a show. Not going to happen no matter how many kids you kill off, Kakumeiki Valvrave.