Kakumeiki Valvrave episode 3 - What is Normal

Kakumeiki Valvrave episode 3 – What is Normal

Kakumeiki Valvrave episode 3 shows what the political situation is like in the time of Kakumeiki Valvrave and it explains some of what has gone on in the show so far. Haruto helps ARUS convince the students at his school to retreat and leave everything behind for their safety. L-elf is being held captive, but he manages to kill all his captives by himself  and set traps for people coming after him. L-elf also manages to predict everything that is going to happen ahead of time to help convince Haruto to help him.

The political situation in Kakumeiki Valvrave is pretty interesting. ARUS is obviously the United States, but it expanded through trade to encompass  North and South America. Then there is Dorssia made through military treaties most likely by conquering the areas surrounding Russia. ARUS acts like how people view  the US by policing the other areas and having them do what ARUS thinks is best for them. Dorssia is militaristic and infiltrates other areas to take their technology. This is most likely based off of Russia and China. Dorssia also trains their young to be killers and totally loyal to their nation.  Jior which is probably supposed to be like Japan is prosperous, peaceful and neutral to the giant forces around it. The way they describe these totally “fake” countries gives an idea of how the writers view the countries around them. 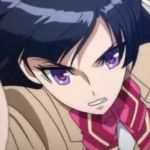 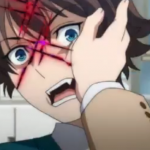 Saki will slap the vampire tendencies right out of you.

The extent of Haruto’s transformation is checked out by his classmates, but their limited abilities to check into his new body makeup show him to be normal. Then right after Haruto loses blood he grows the skin right back and gets the urge to bite one of his friends. The trigger to bite a person and switch bodies could be losing blood, so that the soul capable of using the Valvrave survives to keep piloting. That would be a smart move to make. It would also make it easier for the pilot to get free if he was captured. A little blood loss and he could bite someone holding him to free himself. If people did not know about the ability, then there are few that would be able to keep Haruto hostage. 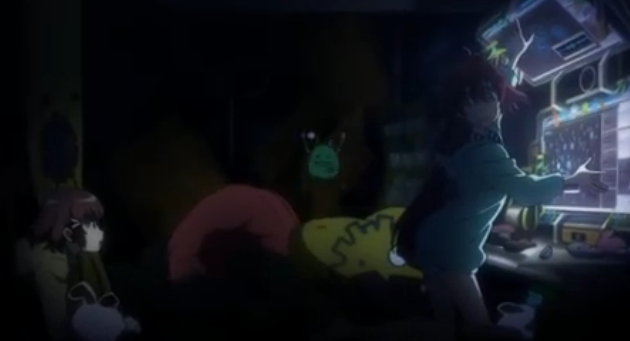 The next episode should be interesting, since there should be a reveal of the kind of revolution L-elf thinks his country needs.