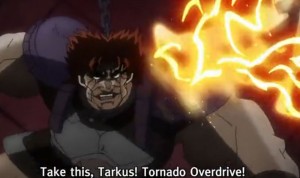 I must confess that the original manga in this part left me a bit underwhelmed. Zeppeli’s death in the original was just too short. Overall I was extremely impressed with how the anime handled it. We’ll be going over why here. 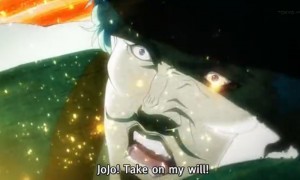 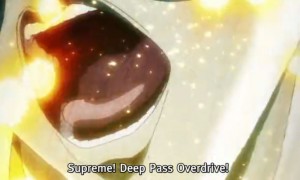 This episode of Jojo’s Bizarre Adventure sees Zeppeli try to save Jonathan. Zeppelli fights with Tarkus to no avail. He is very quickly cut in half. However he uses his ultimate ability, the Supreme Deep Pass Overdrive, to pass his full power to Jojo. 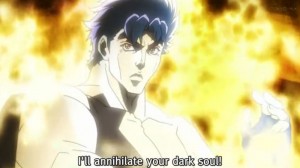 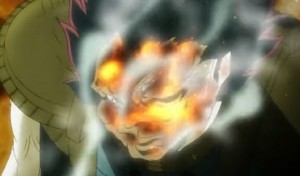 The ensuing fight is short lived but dramatic. As usual the burning blood of Jonathan tells him to destroy Tarkus. Tarkus, as you might expect, is crushed by the overwhelming power of manliness.

In another pivotal scene which was one of the best and most disturbing of the manga, Dio turns a woman into a vampire and has her eat her own child. He does this after promising “he and his minions” won’t hurt the child. This was very important to keep in. Certainly it is disturbing and frightening, but that is just another important facet of Dio. It was good to see this kept.

At the end of episode they get two new allies as they go to face Dio. These two are the minor characters Dire and Straits. Get it? Dire Straits. You see a lot of band names later but rarely a pun like this. They also meet Zeppeli’s master Tonpeti. 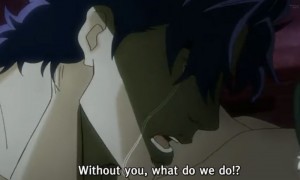 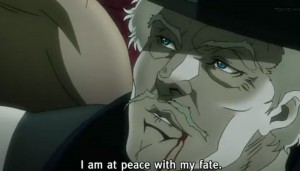 Jojo’s Bizarre Adventure is not so cheesy here

This episode was more emotional and less cheesy. It had a serious tone that should go with the death of Zeppeli. Overall it was surprisingly moving for this series. A nice departure before we get into more fighting. Of course it also featured the classic mentor passing the torch. While this has been done throughout history I do not think that makes it less moving.

While the important parts are kept in, things are definitely less bloody than the manga. I do not thing this detracts from the show in a big way. The events still happen, they are just understated. This makes some of them even more powerful to me.

The Verdict on this episode

Overall this was a very strong episode. It showed that the animators understand the series. You cannot diminish the original work. However this is an amazing brand-new work that makes the old look even better. Overall things are still looking great for this series.