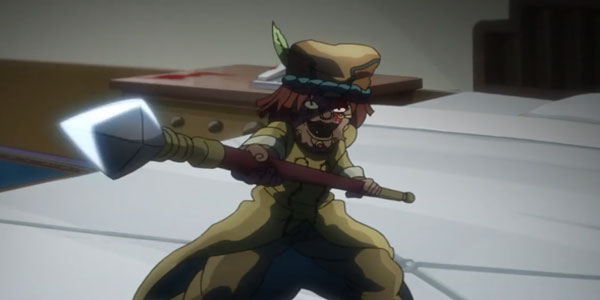 Polnareff first starts to stand out as a great character in this episode of Stardust Crusaders.

Araki apparently watched one too many Chucky movies because this episode deals with an evil doll. Polnareff finds a man in his room who he quickly injures badly. The man escapes without hurting Polnareff which leaves him puzzled. 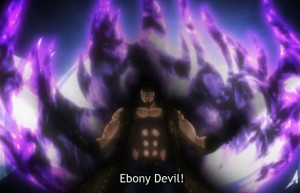 Suddenly Polnareff starts getting injured out of nowhere. He fights back against the somewhat unseen force but things keep going wrong. Eventually he is trapped under a bed with some sort of demonic doll prancing around him. This is also a very gruesome episode so those with kids should be careful about it. It has a lot of blood. 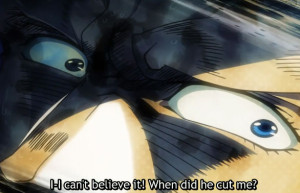 With our hero trapped under the bed the doll, who eventually reveals itself to be the stand Ebony Devil, can do whatever it wants. Polnareff cannot see through the eyes of his stand so he just gets annihilated for some time. However while the fight is going on Ponlareff is spreading mirror shards and the doll is spreading alcohol. 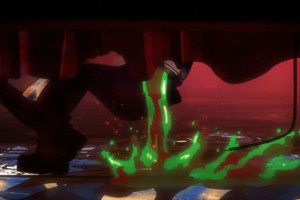 The battle comes to a climax when the doll attempts to ignite all the flammable drinks he spilled. However Polnareff has positioned the mirror to give him a view of the top of the bed and easily counters the attack. The battle ends with Ebony Devil sliced to pieces. 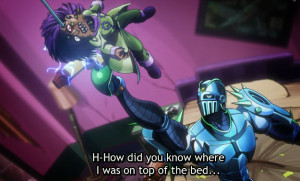 The final moments set up a cryptic message from Hermit Purple about Kakyoin being a traitor. 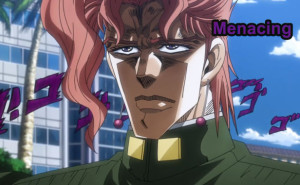 This particular episode took a turn in two interesting directions. One it had a lot more horror elements which worked for some of us. The other was that he focused on side characters to a huge extent. I think at least the second point was a huge leap forward for the series.

I and many other fans loved the side characters in three more than even the main. And there is no problem with that. I do have to ask though, why is Ebony Devil the only stand with a really harsh activation condition? We see a few like it but it’s the only one where the user has to be injured and angry. Other people even control objects but don’t have to get hurt. It is odd.

As a final note the voice actor for Ebony Devil and D’Bo did a great job. So that’s pretty great.