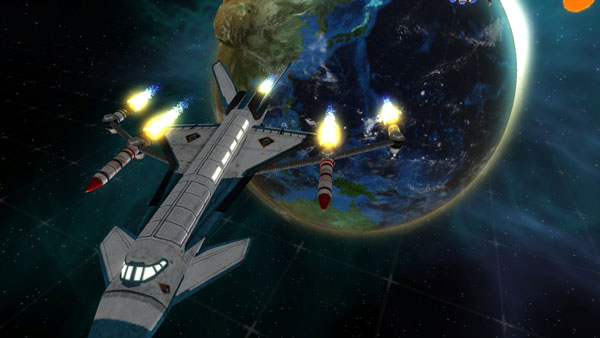 Habitat: A Thousand Generations in Orbit is a game of space exploration on an absolutely grand scale. Both the ship you build and those who live inside are a big part of the game.

The Story of Habitat

Humanity has fled earth for space. You and your people have to build a new, huge and sometimes very strange new world out of connected ships. Each ship piece has a different function which can protect the ship or improve your overall status in the universe.

Also the game has nano-machines so it already has a store to rival that of Metal Gear Solid 4. That’s a point in its favor. 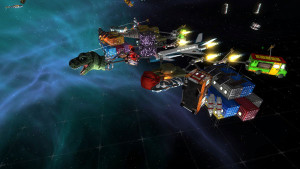 You can make some really crazy combinations in this game. Notice the T-Rex.

The main fun in this game comes from raiding junkyards for new parts and facing new enemies. Each one has random pieces for your ship that you can add on if you win. In this way your ship is always changing and growing with new abilities. Every enemy ship has an equal chance to benefit your own.

The game also lets you split and combine each module as you like. This means you can visit multiple sectors around the same time or focus all your power in one place.

The game itself has two main modes. One mode is your standard sandbox where you fly around the universe trying to build the strongest, toughest ship possible. The other is a campaign/story mode where you must race to save the earth from a nanotech army that wants to cannibalize all material on earth. They will of course be working on these over the course of early access.

This game is still in a very early stage but has a lot of potential. We will be getting in touch with the developers to set up a stream of this down the road.  Try it out for yourself and see what you think of it on Steam.