No Game No Life episode 9 - Your Memories Are Mine

No Game No Life episode 9 – Your Memories Are Mine

In No Game No Life episode 9 Shiro figures out what happened to her brother. Then she finishes the game he was playing to win the ability to use Clammy’s Elf to figure out how to beat the warbeasts.

This story that started at the end of the last episode of No Game No Life is mostly pretty boring. Shiro spends most of the episode trying to figure out why her brother has disappeared. Against all odds she figures it out and then proceeds to put down the pieces in the right places to win the game. When she can not even see the game except for the pieces she needs to play. Since she can not see the board, how does she know where to place them? This is my biggest problem with this series. Time and again the siblings manage to pull of things in the games that should not be possible no matter how well they know each other or how smart they are. These things should be too far out to figure out  with the limited clues they have. 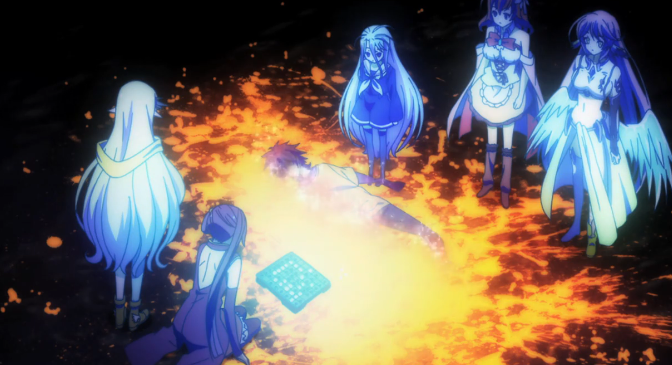 Even at the end of this episode of No Game No Life it is a bit confusing since there is no mention of them even trying to fight against Clammy. It would have been better if more information came before the strange disappearance because the way it has been presented it all just feels too convenient and slapped together. Shiro should have at least remembered that there was a plan to get the help of Clammy’s elf for their plan. Instead it was like she was not expecting anything until the game began. There was not even a clue what might be going on since the only game planned was the one against the warbeasts and they use video games which do not make someone disappear.

Also the whole idea that Sora is great at convincing people of things, but had to resort to a game to get Clammy’s help does  not make sense. Since Clammy knows that her race is on the line if Sora explained what he wanted she most likely would have helped without the whole charade. 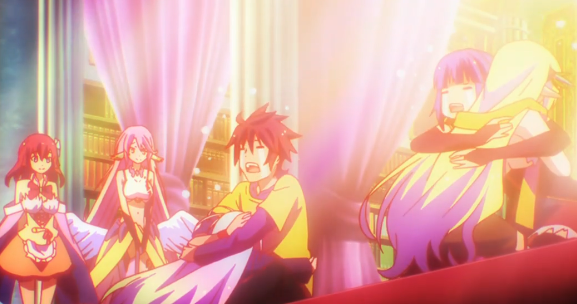