On the Huge Mission of Endless Space

Endless Space has taken on a serious talk. The developers are attempting to combine the best gameplay of classics such as Civilization and Sins of a Solar Empire. At the same time, they are attempting to listen to the community through Games2gether. With some classic gameplay improved by the suggestions of the fans, this game could start a new indie phenomenon. However such a task is difficult indeed, so here is our brief preview. As with any preview, these shots are not indicative of the final version. 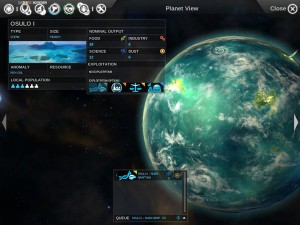 Our Early Version of Endless Space

Even in this early version the number of options you have for your planets is impressive. Depth is perhaps the most important aspect of this game, after all. You have a huge variety of choices on how to use your planet. They fall into the basic scope you might expect, such as whether to use it for raw resources or research. However the interface is quite well done and easy to use. For less experienced players, you can even let the computer handle it. So far we are very pleased with the amount of depth that the game currently has. 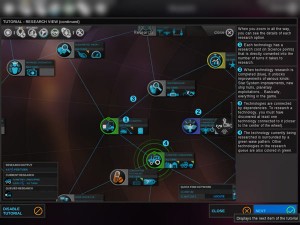 The Small Touches of Endless Space

Any game of this type requires attention to the small touches. So far they have also done an interesting job on this. There are hero units which can bring huge benefits to your empire. It also has a massive system of upgrades for your race, which is easier to think of as a “Skill Tree” so to speak. All the best games of this type have something like this. What you see in the above picture is just a small part of a very large tree.

The Unique Part of Endless Space

Endless Space also has an interesting system of combat. Instead of having the normal space combat, you have cards and phases. You can get better ones depending on which ships you are using and abilities you have. Many factors can change this initial setup. For those who love card games, this is probably right up your alley.

Watching for a Promise Fulfilled

We are excited to follow this game. We also hope that they will be able to live up to the great expectations set in this early version. It is shaping up nicely, but only time will tell. If you are interested check out their Steam page or official site.