Chuunibyou demo Koi Ga Shitai! is about a boy named Yuuta who is trying to distance himself from the delusions he had in junior high. Unfortunately right near his home is a girl named Rikka who is still under the same kind of delusions.

The art of Chuunibyou demo Koi Ga Shitai! is the usual for Kyoto Animation. Even with their eccentric touches the characters are all still very cute. 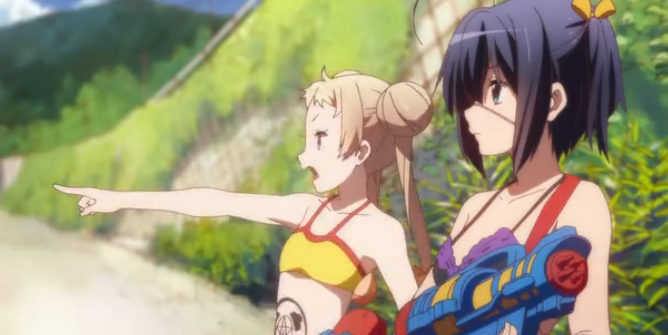 The story for Chuunibyou demo Koi Ga Shitai! does not make a lot of sense with high school students. All the playing pretend and embarrassing themselves in public does not seem real in any way with high school kids. Most students at that age are worried about how they appear to others like Shinka, and would never open themselves up to ridicule like Rikka does. If they wanted to do something unusual like that they would do it in their home where no one would find out about it. If this had characters that were a bit younger, it would have worked better for me.

Another problem with the story is the major tone shift at the end. In the beginning, the show is more light hearted and comical. Then the show leaves that mostly behind for drama and romance. The drama was not even very well done. Unfortunately Chuunibyou demo Koi Ga Shitai! had the common problem of trying to make a plot for a show in the end. Which makes the end feel rushed and makes it not fit properly with the rest of the show. 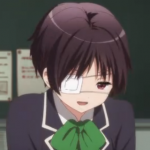 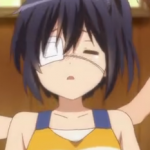 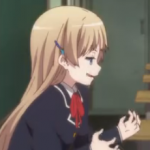 The idea of the 8th grader syndrome going from a phase that most people go through to a way to get away from reality was not a good shift. I liked it better as a phase because it could just something that all the kids pick up because someone else is doing it. If it is an escape mechanism though it does not make as much sense since not everyone is going to have a traumatic event around the same time in their lives. I also doubt that a whole bunch of self conscious teenagers would all find playing pretend to be a good way to get away from their problems. Also they still treat this syndrome like it is just something cool to do by having Rikka decide to do it because she sees Yuuta doing it.

The show was not all bad though. I did enjoy the fight sequences changing between reality and fantasy. Also the interaction between Tooka and Yumeha when they were playing house was pretty funny. The “chimera” was just adorable and made any scene it was in better. 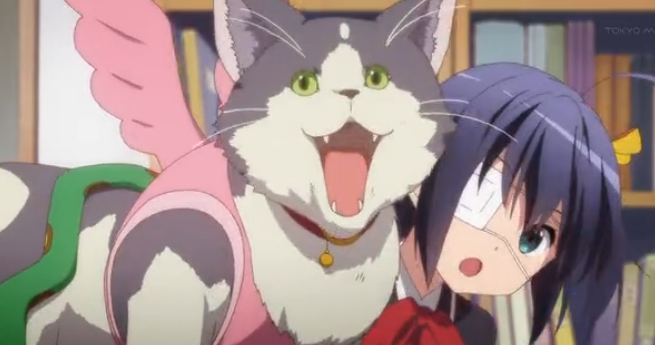 Overall I think this show could have been a lot better if the story had not shifted towards the end. Even if they had kept it more funny and just added the romance it could have been a better show. The drama about Rikka’s father and family just felt forced.