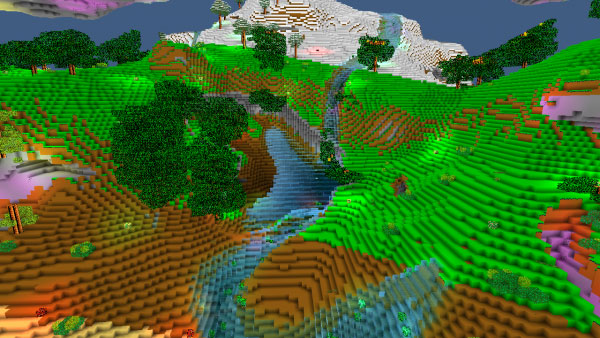 Block Story has come a long way from their roots. They were once a small game showing up in bundles to mixed reactions. Now they have made it through Steam Greenlight with a much more polished style. Part Minecraft, part 3D battling game this game is bringing a new flavor to sandbox crafting.

Much like in other games you can mine and build with the blocks all around you. However what sets it apart is the large number of items, weapons and even vehicles. Your character can be loaded to the teeth with weaponry while using a jetpack. You can explore the oceans using several items to keep you alive underwater.

So what is the point of all this? The developers are trying to set the game apart by giving you more ways to explore every inch of the world in the main game. Even in survival mode you can go anywhere you would like to. 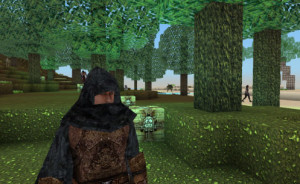 The Clashing Styles of Block Story

Perhaps what stands out the most is that they are going with somewhat realistic models for their characters and monsters. As you can see in the above picture you have a voxel world with a grim-looking character. It is if nothing else an interesting approach to the genre.

A big part of the game setting it apart from others in the genre is a quest system. There are already quite a few and there will be many more random quests to blaze through in order to get items. If they have enough with interesting variations this could really set the game apart.

Block Story and a Long Road

The final game is supposed to have tons of RPG elements and even more ways to explore a fantastic realm. Tons of bosses and other creatures are still being developed. In short they have a fairly long way to go and we hope the journey ends with a product that stands out from the many other competitors in the genre.

Trying Block Story for Yourself

Right now the game is in Early Access on Steam Greenlight.  As with all early access games you can get in and give your own input to the small development team so take it a look if it appeals to you.