AKB0048 Episode 9 - They are going to rock your bread line

AKB0048 Episode 9 – They are going to rock your bread line

In AKB0048 episode 9 the idol group is putting on a concert. This planet has an entertainment ban and Tsubasa is trying to figure out at plan for confusing DES. Luckily, the 77th generation give her an idea.

A major plot point of AKB0048 episode 9 is if what they are doing is right. Should they bring the hope of entertainment into their dreary lives and then take it away? They are wondering this while watching people in a bread line so I do not think that lack of entertainment is their biggest problem. Really though I don’t think it would be wrong to have concerts there. If they are interested in idol music then they should have exposure to it. There is not a travel  ban, so if they really want to go to a planet that allows it then they can work hard and eventually leave their planet. If they are never exposed then they may never find what would make them truly happy. I think that is much worse. Having something to work towards a dream can be a good thing. Not that most people would dream of listening to idol music. In the end the girls find that even without their concert people know who they are and listen to their music. This helps them to feel better about what they are doing. 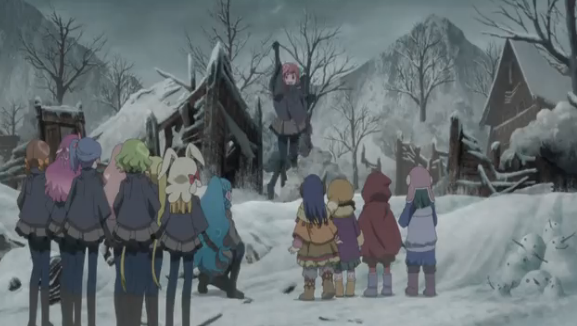 How would anyone recognize them in uniform while having a concert?

AKB0048 episode 9 actually shows the idols using guerrilla concerts instead of just saying they are. The understudies held mini concerts away from the main concert to distract the DES. When any of the DES tried to capture them they hide rather than stand their ground. I do not know why the DES was distracted by snowmen when the girls always used spotlights. So they used this instead of their usual tactic of holding their concert and battling whoever comes they actually used their brains. This seemed to be a better use of their resources. I mean they have all these trainees waiting to perform, a planet full of people to entertain, and an enemy force to distract. Why didn’t they think of this sooner. 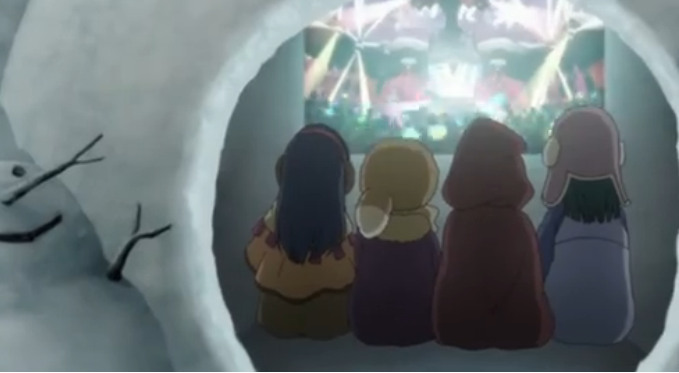 Even people in igloos have heard of AKB0048.

Minami is taking to opposite tactic in AKB0048 episode 9  to  the one she used in the last episode. Instead of freaking out that she cannot handle her job, she took on too much. Minami was not very nice to Kanata either when she did not even deserve it. It seems like they want the viewers to dislike Minami now so it will be easier when Kanata takes over. Kanata handled the whole thing like a champ though. I am liking her more and more. 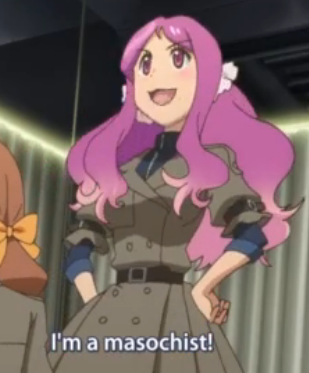 That explains a lot.