AKB0048 episode 13 ended the series with the girls returning to Lancaster to finish the concert. 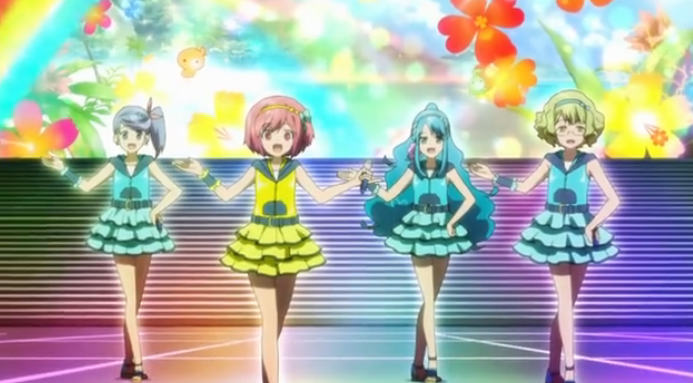 First about AKB0048 going back for the concert. A large portion of it was because the girls wanted to be sure they would be able to go back to their own planet and part of it,  for some, was facing their fears. Poor Sonata seemed to realize for the first time that these people really do not like them and it is not just something they do as a job. That scared her and she probably was not the only one scared by the sudden intensity of the fighting from DES who are usually bumbling idiots. If they had run away when the going got to rough this time, and not stood up to them, then some of them might have been more afraid in the future. 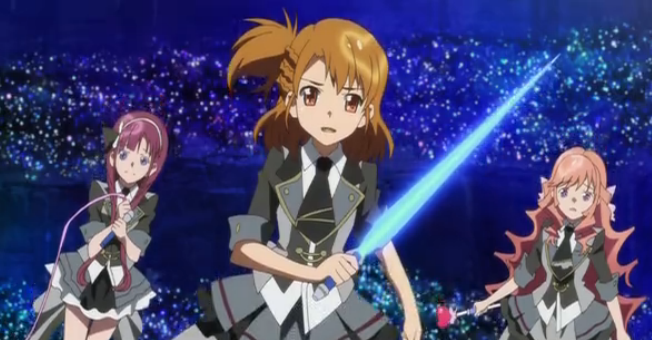 Acchan’s voice and power send the girls back to Lancaster and shows them where to perform. Her voice was projecting all over the ship and she was able to use the Kirara drive all by herself, so it makes me wonder what form she is in now. Perhaps the old center novas become Kirara so that they can help shape the future of AKBoo48. That would explain how she was able to use the drive. Maybe each new center nova becomes the illusive Sensei Sensei since it had no problem reaching the ship either.

Nagisa still was unable to sing with the group until she saw both her parents free and supporting her to some extent. It is weird that she was able to run away against her father’s wishes, but now she will not sing because of the consequences. I guess she was young and naive thinking that things would be fine for those left behind. Her dad seemed to have some grudging respect for her convictions at least even if he was not thrilled about her working for entertainment. He told her not to look back, which she hopefully will not, since he will go right back into jail after they leave. 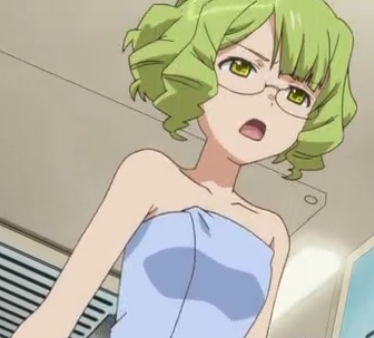 In the very end the Kirara and Sensei Sensei left even more loose ends for the series. Takamina was once again accepted by the Kirara because of her behavior at the performance. Where does that leave Kanata though? Also we had an answer to that problem already with Takamina stepping down. Sensei Sensei dropped the bomb that there is a new center nova candidate among the understudies, but was not kind enough to point out who it was. The series as a whole points to a couple candidates for center nova, but I wonder if all the interest in the new understudies means something special for them that has not come up before.

All the way to the end AKBoo48 has kept its secrets. Luckily there is promise of perhaps more AKB0048 in the future since there was a teaser at the end of the show saying they would see us again in 2013. Maybe then we can find out the whole story behind the center novas, Sensei Sensei and more. 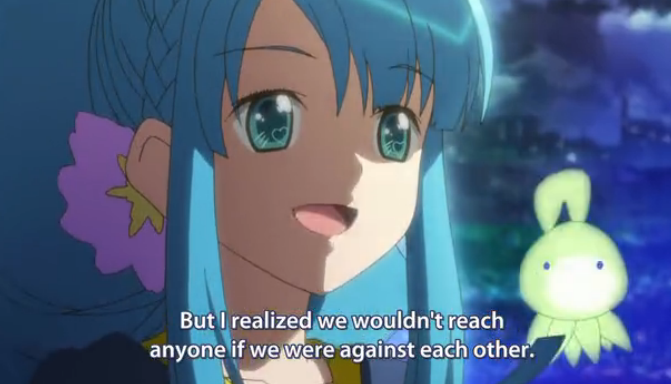