In AKB0048 episode 12 the girls try to rescue Nagisa’s Dad, but he turns down a rescue which leads to Nagisa losing her voice. Yuuka finds out how her ex truly feels about her. Then after the drama is over the girls finally have their understudy concert.

Orine comes to the grim realization that the items she was making at the factory are used in mechs to harm AKB0048 . I do not know why this is such a shocker. Also it feels like they are doing pretty much the same thing they did when they revealed that Chieri’s family makes mechs for DES.

Nagisa took everyone out of their way to find out that no he did not want them to break him out. This should not have been a surprise. He did not want her to join to begin with. If she broke him out it would make him look guiltier than he was and it would look like he supported AKB0048. Also it would make him a fugitive from the law and put all of them in more danger. If her dad had any sense and cared about her at all he would not want to have her break him out because it would be awful for both parties. His best chance was to do what he suggested and try to talk his way out of it. Because this is a cheerful show though Nagisa found out that her Dad stuck up for her in his own way, so he does still care about her. His motives were just to keep her from getting into trouble over saving him. 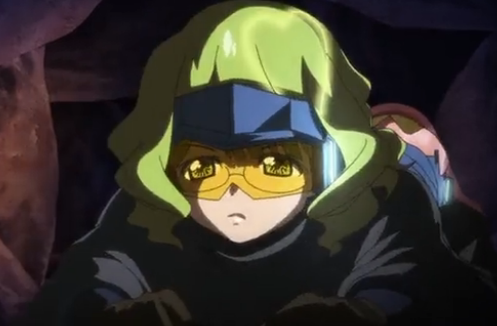 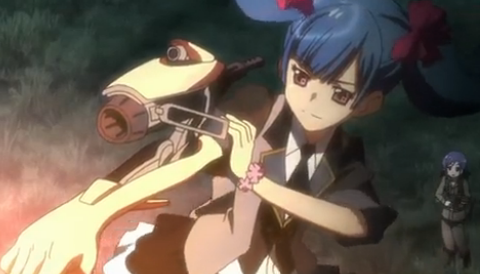 The successors are finally starting to give way some to the understudies. Yuuko might have given up on taking the understudies song. She admits that she does not think it is all that great because it is only about the next generation. About time she realized that she would look foolish singing the same song as the understudies. Minami also appears to be giving up. She is going to graduate after the concert, so Kanata can move up. Takamina will probably feel a lot better when she does. She is all about fairness and probably feels guilty for holding Kanata back. 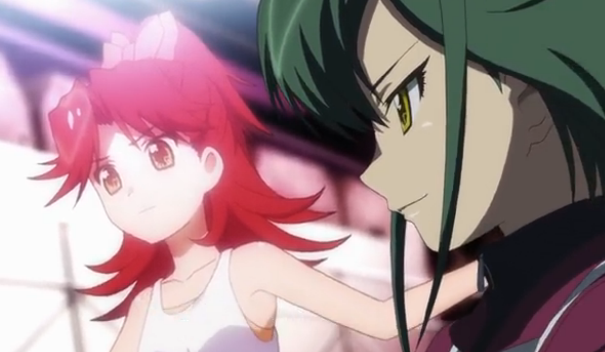 Chieri is getting really cutthroat at this point. Nagisa has just barely lost her voice and she is stepping in. Also when she thinks that Nagisa is going to quit she hardly tries to stop her and wants Nagisa to stay until she has beat her. Seems like she is less concerned about her friends than the ego boost she could get from beating Nagisa. Feels like they want me to hate Chieri because I know if the positions were reversed Nagisa would not be rejoicing over Chieri’s loss.

Yuuka finally got an answer about her old boyfriend Mamoru’s feelings. It was not the answer she wanted though. They both still have feelings, but he let her know that while she is with AKB0048 that they can not be together. Which is the truth she can not be an idol and expect to have a boyfriend at the same time. She should have thought about this sooner. Maybe if they both feel the same when she graduates they can pick up where they left off then. The part where Mamoru shows that he was hiding her picture behind Suzuko’s is so sweet. 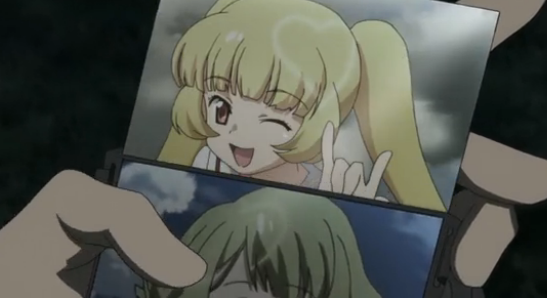 The AKB0048 ending was different for this episode which felt appropriate. It was more subdued and fitting with the darker more dramatic feel of the episode. 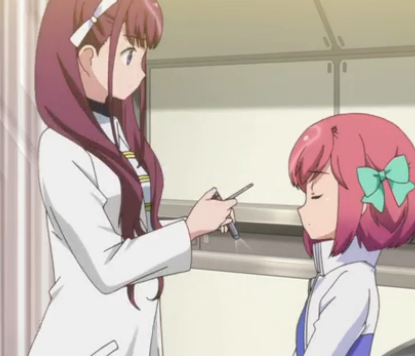 Since when is she a doctor? I would not let her touch me.