Yuuko is trying so hard to get the center nova position in AKB0048, but at this point it seems she has lost it. How is repeatedly going against the admins going to make her center nova? The kirara probably are not just going to recognize her because she is so stubborn or has performed the new song. The song was inspired by a different group of girls, her performing it is not going to change that. Also performing it after the understudies premiere it is going to look silly. 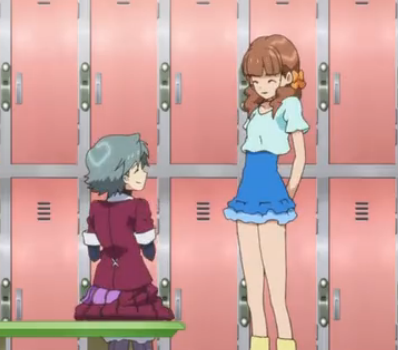 I like how for no reason they show these two sharing a soda, and they make sure to mention it is an indirect kiss. Hello fanservice.

Yuuko’s response to the other successors question about not being herself brings up a good point. The successors have to feel some kind of loss of identity taking on the name of another girl and being more like her. Knowing they are always supposed to act like someone else eventually gets ingrained like it has for Yuuko. At this point she no longer can see the difference between what she would want and what Yuuko would want. Also when they are talking about not acting like herself, do they mean her or do they mean Yuuko? Are they condemning her for not playing the part or are they actually concerned about her? Gotta wonder how the girls react when they retire and give up the identity they have had for so long. Do they continue to act like they did as a successor or try to recapture their own personality. 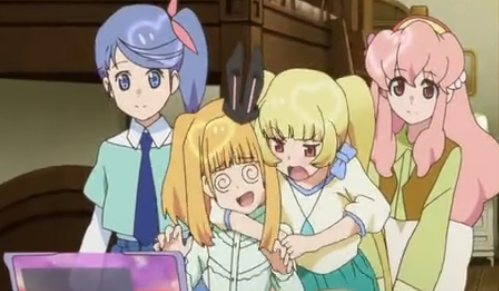 AKB0048 spends most of the series trying to show that they are a better military organization than DES despite using young girls and then they blow it out of the water. Why would they let the girls tell all their friends about the concert on Lancaster? The US military would have their asses for that. You do not give away the secret position of your forces to anyone, even your friends.  Any one of their friends could have told someone and let the secret out. Yuka was even dumb enough to send her boyfriend that disapproved of her an e-mail about it. He did not want her to be an idol, so why would he want to see her show? For all she knew, he just had to tell Nagisa’s dad about it and the plan would be known by all the anti-entertainment forces. Also how would they know that e-mail would not be monitored by the government or somehow intercepted by them? The government has no problem telling the citizens what to watch, so why not invade their privacy as well. 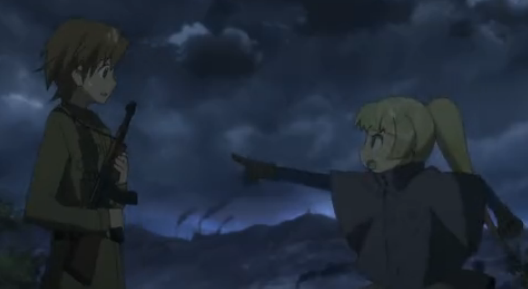 Nagisa acts totally surprised about her dad being in jail, but shouldn’t she have thought about that before she left. She knew the job that her dad had, did she really think they would be ok with him having an idol for a daughter. Nagisa left putting her father’s life in jeopardy and now I am supposed to feel bad for her. I do not know why they did not at least change her name so maybe it would not effect her Dad. I wonder how this news in addition to everything else will effect her solo. 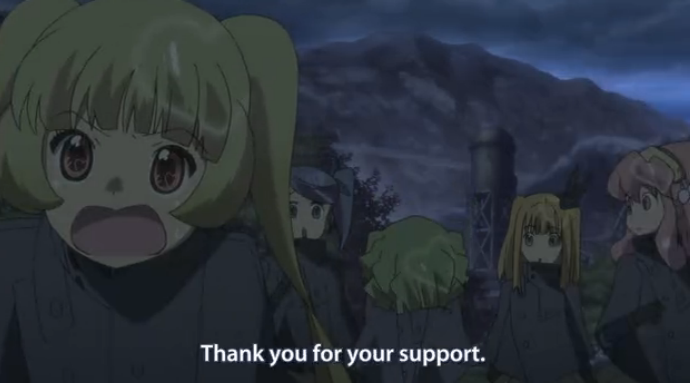 The best part of this episode was that Yuka’s ex-boyfriend now likes Suzuko the most out of all the idols. It makes sense after all since Yuka is a tsundere. She wouldn’t show him how she feels, leaves him to pursue her dream, and now is having picture taken of her mostly naked body. Why wouldn’t he be ticked right now? Also out of concern for Yuka he looked into AKB0048 more deeply and found the beautiful Suzuko who he can just appreciate for how fine she is. I would not be surprised if he shows before this whole thing is over that he stills cares about Yuka though. It seems like he is trying to give her a taste of her own medicine. 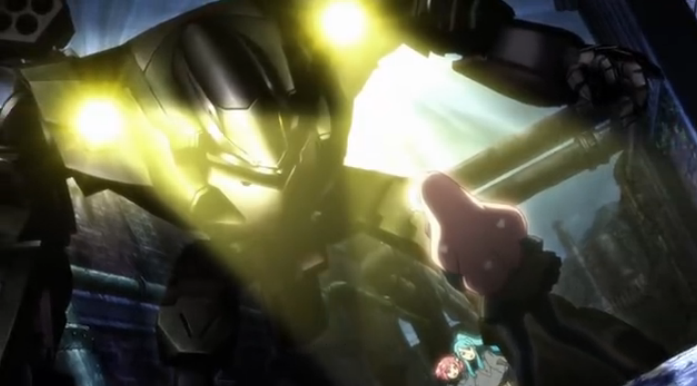