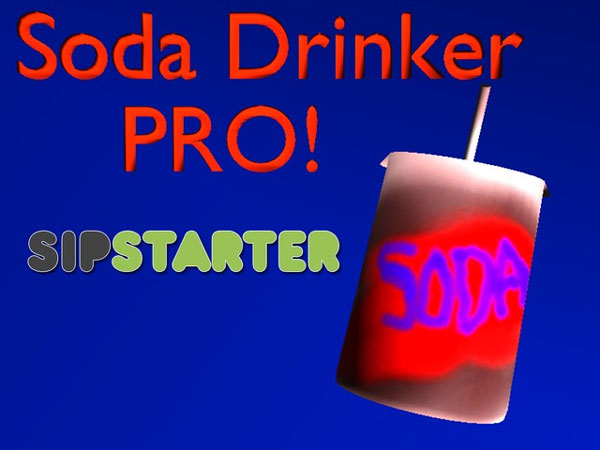 The Soda Drinker Pro and Vivian Clark team members have shut down their Kickstarter but are giving their promotional bonuses away for free.

According to a press release that those who subscribe to their website get they have a mysterious new benefactor. They also announced it on the “Sipstarter” itself.  Most journalists, including us, want to find out who this is. Hopefully it is not EA.

The Soda Drinker Pro is filled with amazing NPC characters who will watch you drink soda if you walk in their field of vision.

The goal for the “Sipstarter” was a comically low $15 which meant that they easily reached it. The money went to very specific areas of game design including:

With this they would have the sustenance and funding they needed in order to create it. Some indie developers just know how to do more with less funding.

Soda Drinker Pro and Being 1000% Better

The second part of their announcement says that the backing is going to allow them “to make all of the stuff we are working on 1000% better!” What that means we can only wonder about. We hope there will be 1000 more sodas in each level.

We reported quite some time ago that the game had been removed from Steam Greenlight. This seemed like a miscalculation on the part of Valve. Earlier in the month they went back to Greenlight as well.

It’s a little too late to do so now. However once we hear more about the deal they have made for the game there will probably some way to pre-order it. So stay in touch about this because it should be big news.