While many of us enjoyed Notch’s stream of creating his game and playing the game itself, it was not the only game made that weekend.  Ludum Dare had many indie game developers making games and here are some of our favorites. 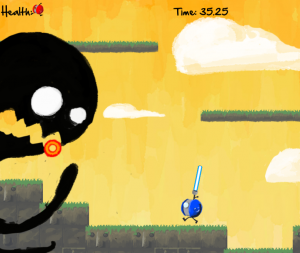 Run Run Robot is the most fun Ludum Dare game I have played. In Run Run Robot you are a robot trying to defeat what appears to be an evil octopus while running away. There are two modes for Run Run Robot. The normal mode has you using a blaster weapon that reminds me of Mega Man’s weapon. In that mode you shoot directly at the octopus and have more health. Then there is Jedi mode which is awesome. You have a light saber with appropriate sounds that can block any attacks. To defeat the octopus you deflect his own attacks back into him.

In slimes you use the different properties of slimes to make your way through the map and into a pipe. You can split into many slimes or become a big slime. The challenges of handling all these slimes are many, but it is still a fun game to play. This is also the creator’s first Ludum Dare game which is impressive. 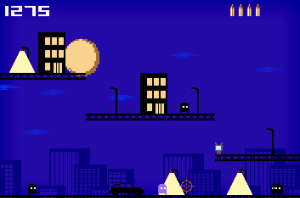 In awayget you are helping your very dumb friend walk around in a dangerous area to get to his car by sniping enemies for him. Your friend also refuses to walk in the light so you have to shoot out the lights for him. The bad guys can come out of anywhere to get your fragile friend so beware. 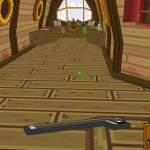 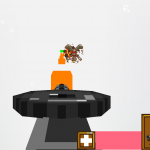 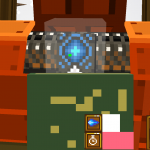 In Stratus you collect items to solve problems and shoot down enemies.  In the end, you have to throw everything not nailed down into the engine to get away. It looks like this game could be the beginning to a great longer game if they extended it and added a story.

Mountain Above the Clouds 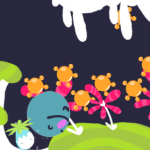 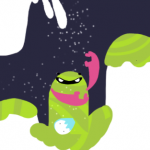 In Mountain Above the Clouds you control the path a seed goes in to reach its final destination and form a new continent. Along the way it fertilizes the land and causes events to happen. It is very cute and has interesting controls. 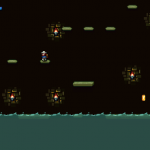 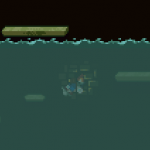 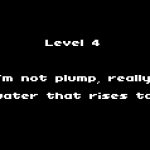 How plump is Ernest you ask? So plump that you have to double jump for every jump. Along with always having to double jump there is water than you can drown in. This is a good looking and fun platformer that even adds a little humor with the titles for each level.

Goat Milk is about a goat trying to get away from his farmer who would do anything for money. Even milk a male goat. This is a platformer where you need to get away from the farmer, but you have to stop to eat berries or grass to be able to keep going. 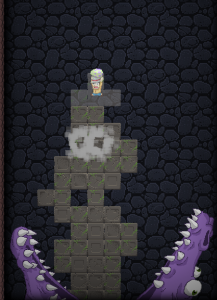 Eggscape is a game where you are helping a paleontologist who has gotten an important egg get away from a monster. You don’t control the man though you control the landscape. You drop blocks so that the paleontologist can get to the top of them and get away. 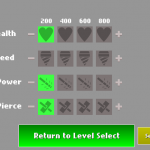 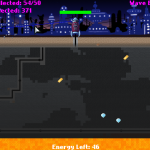 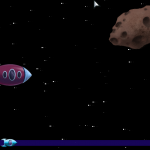 Planet Rotation is a great Jam entry. In this game you are controlling a space ship that goes to various planets drilling for energy which makes the planet explode. While you are drilling you have to fight off enemies. One you have all the energy your ship can hold you have to try to get away avoiding asteroids. To help with your mission you can even customize your space ship.